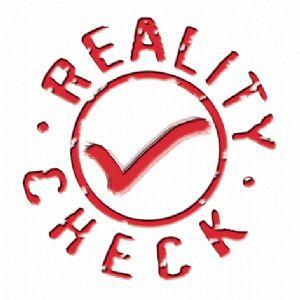 To my fellow brothers and sisters, I bring to you today,

A message that most people wouldn’t even muster up the courage to say.

So many of you are living in disarray, refusing to establish a formality.

Lacking the mentality to recognize that in all actuality, you’re afraid to face reality.

Because I’m about to take you on a ride and hit you with a dose of reality that is full of might.

Everyone thinks that they have all the answers, but I’m here to inform you,

That you need to reform before you transform into a deformed individual.

This common theory of one individual being flawless is just that, a theory.

No validity, but often believed with such stupidity. Where’s the fluidity?

Of our minds that allow us to think before we speak or act.

Why does it take a personality attack to set an impact to get our minds in tact?

It is time that we rid ourselves of this perceived theory of being flawless,

And be honest with ourselves and polish our minds with pure knowledge.

Oh you’re flawless? Really? I hope you know that being flawless is impossible.

Hell, let’s kill the word flawless, replace it with something powerful, like unstoppable.

So unstoppable, like your stupidity. You really think that this will bring you fame?

Unstoppable? Hell, that might as well be my middle name.

Like Dwayne, I look up to the sky and smell what my God is cooking, full blossom.

Trust me, there’s more to my story that you don’t even know.

But what you should know is that despite my trials and tribulations, I grow.

The fact that I’m still living and close to college graduation lets me know that I’m blessed.

Life of perfection? You mean imperfection. More of a misdirection,

Depicted by the inception of a systematic deception,damn the misconception.

Don’t let Nicki and Bey cloud your minds with this flawless act.

The makeup, the jewelry, designer clothing…tell me, do you really think they woke up like that? (Don’t worry, I’ll wait.)

The ride has now concluded. I hope that you learned something from this.

How could you not? That heavy dose of reality, you had to reminisce.

All the times you thought you had it all, so caught up in this ridiculous fantasy.

I just hope that you realize that it’s time to get back to living the real life, adapt to facing reality.