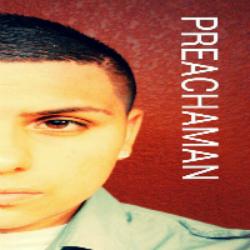 Not planned, and yet not a mistake

My biological felt it was too much on his plate

in search of an escape, abortion was the suggestion he made

just moments away, with the doc on his way, just seconds away

Mama heard the voice of Lord, saying not to abort

not knowing how she'd afford, but she trusted the Lord

Fast forward this young baby grows, little does he knows

He was born with a call, this young soul

is not yet aware, slowly being prepared

the outcast in class, without a care he dared

to pick a mic, night after night, he would write and he'd write

year after year, never trying to be tight

he just wanted to be, what no one dared to be

the light in his city, while everyone followed, he chose to take the lead

His mission has been made known, no longer roaming the world

not knowing who he is, the Lord has made it known

Called to bring light to the night, called to reach higher heights

while others settle for less, he fights through the mic

breathing life through the speakers, its only just begun

speaking life to the lost, battles gotta be fought, the wars already won.

Poetry Slam:
I Am... Scholarship Slam - CLOSED
This poem is about:
Me
My community
Our world
Guide that inspired this poem:
5 Tips for Writing a Free Verse Poem
Poetry Terms Demonstrated:
Rhyme Scheme

Two original pieces written by myself. Hope you enjoy!