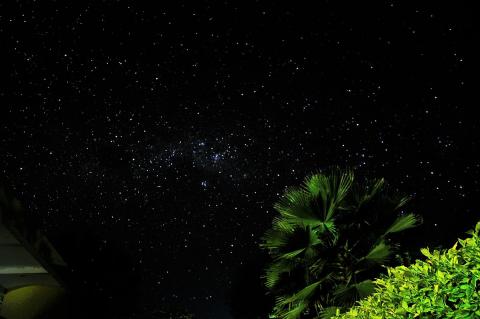 Climbing out of the window at night to sit on the roof of our two story house was an outlet for me.

Out went the air conditioning as I opened my window, and the dreams snuck into my bedroom.

I talked to the moon about the way it lit up the world, hoping it would understand my pain and need for it to shine brighter.

It wouldn't listen so I stood under it shaking my fist in the air.

Perplexed was an understatement.

Do you understand it?

It's dark and it only gets darker until morning, and even as the sun shines it's dark somewhere else and someone else is doing what I did the night before. But who's keeping score?

The stars fight for a spot in the sky- survival of the brightest, but I think they're all beautiful- the way they burst like a fire.

The cosmos put on their show and I snap back into the Congo. What's serene is now tumultuous.

It's dark inside and my world starts to dim, the dreams walk out and the nightmares move in.

Now I study the sky from the imprint in my bed where I lie before, as my eyes slowlsy shut and the room goes black again.