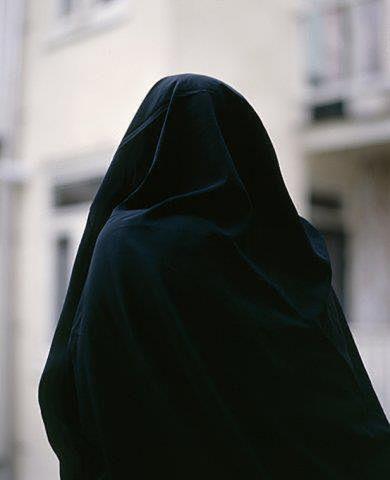 2016 was the year I learned the definition of an anachronism,

someone who doesn’t mold into their own time period,

as if they’re some alien from another planet,

a time traveler indefinitely stuck in the wrong century.

And I realized something – after reading its definition.

Anachronism (n): a thing belonging or appropriate to a period other than that in which it exists, especially a thing that is conspicuously old-fashioned.

I realized I didn’t belong.

At first, I simply thought I didn’t matter.

not necessarily because my voice, being so soft, was ignored or spoken over whenever I tried to talk,

but because the world turned its back on me when I bled for my people.

And my people were the oppressed,

the ones being judged because their skin was colored different shades of chocolate;

and my people were women,

juggling careers and families and still accomplishing their dreams in the face of adversity;

and my people were those dying by the numbers, unheeded by the ones who had promised to care;

because as a Muslim, my people are the oppressed.

And Muslims don’t matter, do they?

Or so I thought…

Because see, I did matter one day.

I mattered when that woman stole glances at my veiled mother, then approached her,

and my mother braced herself for a spewing of hatred, but she got back the polite inquiry instead,

“Are you Muslim? Because I have such respect for the honor Islam gives to women.”

I mattered, and my mother mattered when she thanked that woman lovingly,

her chest bursting in happiness, mind reeling in a precious jewel of a story to tell her children,

to lift their spirits in the darkness of disappointment.

I wasn’t nothing then.

But I didn’t matter the night our disappointment started,

when I, a woman, watched a man who boasted of molesting get elected,

when I, a Muslim, watched a man who threatened to ban me get elected,

not necessarily for those things, but because little things like that didn’t matter.

My identity as a Muslim woman was nothing because money talks, and boy, did his scream.

But I did matter one morning, at my post outside the library,

when a lady went out of her way to greet me with a salam,

her kind voice tinted with a proud American accent.

Peace be upon you,

an unspoken gesture of welcome that fed hope to my hungry soul.

And upon you, milady, and upon this country of yours for which I wish the best,

and upon my people, the oppressed of the world.

But I didn’t matter that day on Thanksgiving

when I walked into a government office of the city I grew up in,

still unused to the staring,

but remembering to keep a sparkle in my eyes in an attempt to show them my normality.

I didn’t matter when the woman came, throwing curses at me,

telling me to go back to my country to a home I never had,

emboldened by the indifference of the policeman behind the desk,

as if I weren’t human under my veil, but a monster of something else.

But I did matter when my white friend raged as I narrated the incident,

angry beyond measure, crying tears of hurt over my pain,

soothing my anxiety, reassuring me that to her, I was something beloved.

Became only numbers, without faces and souls.

I was worth nothing when the world became numb to the truth and chose to look the other way,

deaf to the cries of orphans; insensitive to the tears of mothers, the helplessness of fathers.

But I did matter when countries welcomed refugees, their people greeting them with open arms,

when they joined protests and pressured peace for the world’s innocents,

when, even if they couldn’t help, lifted their hands in prayer, asking rest for the weary.

I realized, within the turmoil of 2016, that I was mistaken in my diagnosis.

I was ‘anachronism’, or ‘doesn’t belong’.

Because that woman yelling that I didn’t belong in America was right.

And don’t belong in America.

I don’t belong in the country my parents migrated from,

nor in the country I was born,

or any other country for that matter.

I don’t belong in this world, because I was created for a purpose.

I was created to abide in the Hereafter forever, and that is where I belong.

I’m an anachronism of sorts, because my place is in the future.

Poetry Slam:
My Year in Poetry Scholarship Slam - CLOSED
This poem is about:
Me
My family
My community
My country
Our world
Poetry Terms Demonstrated:
Repetition

i love your piece. its so meaningful!!!!