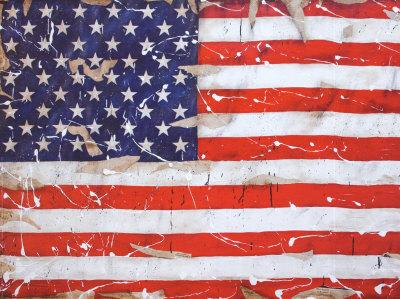 Getting on that airplane must have been hard.
The entire family is on one continent, and they left it.

We arrived at the Land of Promise in 1998.
Of course it is all metaphorical, no one handed us a contract;
Section 1A: The undersigned has agreed to move to New York
With no intention of returning to his/her roots.
Section 1B: The undersigned is to be a legal resident of one of these United States.
Section 2A: In return for following the above mentioned rules, the undersigned is
Eligible to receive:
1. Some form of housing security.
2. Some form of a job.
3. Educational facilities for the contractee’s children.
4. A lump sum of regret.

Here is the most popular clause within this
Infinite contract:
Satisfaction not guaranteed.

Facts and figures surround me every day.
But seeing percentage signs next to numbers
Does not give them definition.

What I see is my mother, tears over the loans
She has taken on to support this family.
I see my father’s never-ending regrets: family split up, culture uprooted, people turning into corporate machines (serve your purpose and then write your will),
Discrimination, failures, lies.

Honesty is not rewarded in this country.
Trophies go to men with black leather chairs in offices bigger than my room.
The only pat on the back I’ve ever received is one of pity, because I never got into
That Ivy League. Not because a dream was crushed, but because
Someone else will receive those connections. Someone else will
Slither into this system and profit until the collapse.

Rome was a great empire too at one point in time.

Time is a man’s invention, I am told.
So was language, and so were paintbrushes.
But no one is ever short on books and paintings.

We never have enough time or money.
Man invented concepts unsung in nature.
That piece of paper will own your soul, I am told.
But maybe it’s the belief in the system.
Capitalism, the all mighty system of individual rights,
In which corporations are considered individuals.

In which, you must get a credit card
To build credit history
To be able to get a house,
The mortgage of which will eventually ruin
Your credit history.

In a business class in high school,
My teacher told us that most people will find ways to
Evade their taxes.
True criminals sit on their thrones in mansions;
[While being subtly philanthropic (Give this money to a charity,
Because I will avoid extra taxes that way)]
Meanwhile, the prison industrial complex collects bodies
For possession and misdemeanors.

Speaking of jail;
I’m going to college soon.
Maybe it’ll cost less to dine and dash on a meal,
Or loiter by a church.
That way when the sweet choir’s anthem begins,
A nice cop will come by and offer me a room and meals.
Free of charge.

In any case, my freedom is gone.
There are iron bars in jail,
But bar exams at school will cost more than
The soon-to-be eradicated pennies I’ve saved up.

The objective question in my government class was:
Do we, as citizens of the United States, trade in some freedom for security?
Of course not, there is none.
My freedom is the ability to pick the university that will chain me to student debt.
My security would be the stability of the metal chain linked to the bank’s doors.