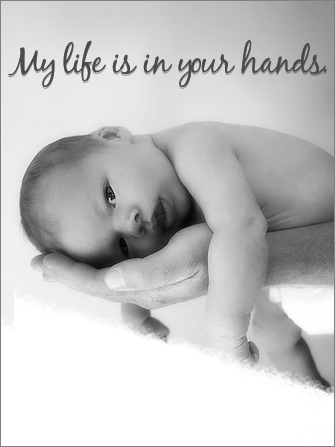 Almost
A doctor,
A lawyer,
A wife
She could've been there,
If she had only survived.
If her silent voice had been heard while asleep in womb,
She may not have died far too soon.
She longed to be something,
She had a bright future ahead,
But the selfishness of one left another dead.
There are many just like her,
Male and Female alike,
Who won't have the chance to laugh or to cry.
They need a voice that will shout out for them,
That will point out the would-haves and the could-have-beens.
We must be that voice, but some just fight it,
We can be that voice, if we only ignite it.
Set ablaze the hearts of the young and the old,
To tell the stories of those that have yet to be told.
We must nurture the children and hold them close,
To keep them from being an
Almost.

Oh my gosh my heart goes out to you for your lost. I am so sensitive to the death of a child. I know the child wound up being an almost child but think of this way and I might help. God or whoever is your religious leader may have thought you weren't ready for this child and he may still bless you just may have to wait a little bit longer then what you've planned. Finally, it could have been worse so don't feel like it's your fault; in quote of the Late Great Michael Jackson "You Are Not Alone". God bless you!