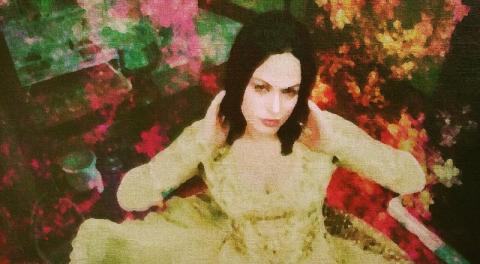 Alisha, how are you?
Did you cross under the rainbow?
What the Afghan storytellers tell thier children,
So they can become who they want to be..
Thought about writing a song for you,
Cause I sing for the martyred souls...
One of them is you.
Did you reach the heavens?
And Is it kind to you?
What do those inhabitants say?
You've drowned within your body
Eight holes to remember,
From the gunshots of a gang
Blood and sweat trickling down the bed
Several hours of restless slumber
Screaming and shouting companions
Taunting doctors injecting you with agony
Asking you to dance and sell your body,
Despite you being the patient,
Despite being in the hospital full of doctors who won't save you.
Leaving your pain in a room of neglect...
They didn't care about you,
you died for their sins, for our hearts to wake up
You died from their inhumanity, for the sake of humanity
Importantly, aside from gruesome tragedy,
You have died for a revolutionary cause to exist.
Despite their roles as doctors
Despite being inside the hospital
You were too much of a freak for them.
Partially a death in vain,
But in my eyes, such death to escape.
They couldn't save you anyway,
I can't see my eyes upon God,
But I hope it was heaven who couldn't wait for you...
I hope that mercy took you in as you are,
Because a God is too kind, as He-&-She better be,
I say that out of anger, if the verdict is unfair..
But even with a third eye, I still can't see
I only hope you're happy as you'll ever be
And supposed to be.
We will miss you, Alisha
Hope to dance with you in heaven...

Poetry Slam:
You, Me, and Poetry Scholarship Slam - CLOSED
This poem is about:
Our world

Armaan Is A Flower