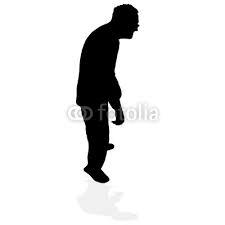 He was born in a rodent-infested hut, amid the broken screams of an abused woman and the furious shouts of a drunken man; those sounds never faded.

He had been there all his life.

He watched the generations pass by; he lived his life in each stage, under the watchful eyes of the same spirits that have always lurked there.

But he doesn’t, really-he never ventures into their existence-

He merely peeps in from a distance, like a tourist at a zoo.

As the house burned, bright orange and red flames licking the night sky,

A boy of eight watched, a gash running down the side of his head.

That is a scar he will forever have to bear.

Holding that candle to the drapes and then quietly walking out, he wouldn’t regret

He was a murderer.

He walked out of what they called the kids’ dungeon, his gash now a pink scar,

Jagged and crooked, adorning the side of his face.

As other boys threw insults at him, he stole a brown hat with a large brim.

His painfully ordinary hat hides his cold eyes, as they observe and calculate

He is tall, but he slouches; his trusty cane always clenched tight between his white knuckles;

Some people make us instantly warm up to them, some make us shiver uncomfortably.

He is the latter.

He watched with pained eyes as his wife walked away.

The little boy on her shoulder reached back for him, crying too much to be coherent.

The people glared at him cruelly, telling him he was his own father.

He learned to shut his eyes and ears.

He is there, seemingly everywhere at once, as soon as the smiling sun makes his way up the sky;

He watches carefully as the village crawls to life,

The small shacks opening their worn down, unpolished doors, as curious, wary heads peek out at him,

Each of them turning away as he turns in their direction.

He watched in the mirror as his once youthful face grew old, like creases on thin paper;

He looked out of his window. An old lady smiled at him with sympathy.

She was the only one who had done that in a long time.

They talk about him-the women gossip during knitting sessions,

And the men make crude jokes about him as they labour in the fields.

That is why they scuttle away when he watches them-the same way he does everyone else.

He stared at the official document.

The old lady had died.

She left him her life’s savings.

They do not know how he survives-how he makes his living,

How he gets his food and drink,

Or is he some strange entity that does not require any mortal means of survival?

They do not know, yet, or maybe “thus”, he is the story young boys tell around the campfire,

As they shine torchlight in their faces, making sound effects to ensure their friends will wake up screaming in the still, quiet dead of night.

He signed at the bottom of the page;

He hoped someone would find it.

He gave his house and property to his son.

When his spirit fades away like morning stars, in the middle of December, his bed as cold as his eyes once were,

His body rots, as the family of rats, who call his house their home,

Eagerly feast on the pale carcass.

sad story of a life Long