What is Deus Ex Machina?

Deus ex machina is when an unlikely character, object, ability, or idea is introduced into a story in order to quickly end the conflict and solve any lingering problems. 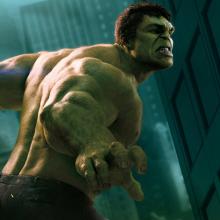 Dubbed the "Deus Ex Hulkina" by the director of The Avengers, himself, the Hulk has a tendency to appear out of nowhere to smash the bad guys and save the day.

You know when you’re reading a book or watching a movie and the story seems to make sense until the very end when something crazy happens and it magically resolves the conflict and makes everything okay? And it feels like a cop-out because the end was fixed too quickly, without enough explanation? Well, there’s a word for all that (one that’s a little fancier than “laziness”): deus ex machina. This is when an unlikely character, object, ability, or idea is introduced into a story in order to quickly end the conflict and solve any lingering problems. This Latin word translates to “god from the machine” and refers to some type of implausible addition to a story, most notably divine intervention. Deus ex machina is used in tales of mysticism, and is found in tons of Greek mythology and plays, where gods who had special powers would automatically resolve all issues at the very end of the story. Its main purpose is to nicely tie up a story so that the characters live as happily ever after as possible. This term is very controversial- just because it has a nice name doesn’t mean it is something to be used all the time. Unless it is used in a comedic sense, deus ex machina is often written off as the writer not being creative enough to finish their own story with logic and realism. So, unless you’re using it as a joke, it’s probably best to steer clear of deus ex machina.

But it’s still fun to identify it, and maybe think of an ending that would make more sense.

BY J.R.R. TOLKIEN; summary by your Power Poetry Team

It’s a bad day for the kingdom of Gondor. A massive amy of Saruon’s Orcs stands on Pelennor Fields, breaking down their gates, with orders to leave no one alive. For the better part of a day, they’ve been working on that order fairly effectively.

Théoden King and his 6,000 horsemen have appeared on their flank and are taking some of the heat off by engaging the enemy, but they are still vastly outnumbered and their numbers are dwindling fast. Théoden himself has fallen in battle, and the Orcs still have the weight of numbers.

Enter Aragorn, Legolas and Gimli, followed by the Army of the Dead, who have been promised that they will be released from their obligations at the battle’s end. The Army then washes over the Orcs like the sea over a sand castle, obliterating them. Despite counsel from Gimli, Aragorn releases the Army from their obligations, and they go gratefully into the afterlife, finally at peace. Nice to have an army that doesn’t die until you tell them they can.

Gimli has a pretty good point, though. Aragorn would have done well to tell the Army that the battle wasn’t yet over; the next step was to march into Mordor and pull the same trick. Then they would have fulfilled their obligation. 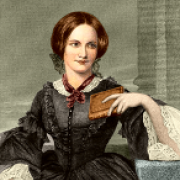 Speak of the North! A lonely moor
Silent and dark and tractless swells,
The waves of some wild streamlet pour
Hurriedly through its ferny dells.

Profoundly still the twilight air,
Lifeless the landscape; so we deem
Till like a phantom gliding near
A stag bends down to drink the stream.

And far away a mountain zone,
A cold, white waste of snow-drifts lies,
And one star, large and soft and lone,
Silently lights the unclouded skies.

Inside the cuckoo clock

he sits in claustrophobic silence

oblivious to the metronome ticking and

the soft clicking of the cog toothed gears

as the slipping of the pawl sets his universe unwinding

he thinks he understands his cuckoo bird life.

But somewhere in an alternate universe

as its hands move round and round,

each second turning into hours,

and hours into eternity as the cuckoo bird sits and

anxiously awaits the command to sing.

PSN Codes Generator  challenging, but fun all the same. Afterwards the aboriginal boss, however, the affliction spikes harder and fast. The adventurous gets

This is really a thing! This term I've never heard manifests itself almost daily, as my students struggle with plot. I have seen it with more frequency, the longer I've taught. But I never knew it was really a thing. "He woke up and saw that it was only a dream." "They realized that it was an alien." The big one is the late introduction of a superpower that allows the protagonist to move onto the future, or disappear!y Many of my students, usually males, invoke these, rather than grapple with an ending.

I cannot wait until school begins, so that I can let them know that this is really a Thing!!