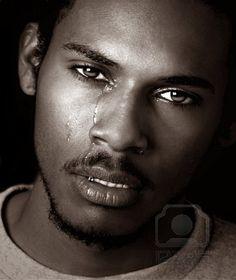 walks into my office

emotions that words are indescribable to convey

the feelings he wanted to express

about something eventful that impacted his life

he verbally created an autobiogrpahy to me

about eventful tragedies that impacted his life

he spoke about how him and his father were very close

did not fulfill the expectations of being a dead beat dad

and that's raising his son to be a good man

he recalls every time when the door knob turned

his father will walk in coming from another day at work

he would walk up to his father, kiss him on the cheek, and a hug him saying bendicion papi

they had the usual conversation of how was school ritual

he expected that same door knob to turn

expecting his father to walk in from work

but the door remained shut

he thought it was very unusual, but didn't panic

an hour pass, father never showed up to the door

he starts to worry, calling him worriedly leaving messages on his voicemail

another hous passes by

to hear what no one ever wants to hear

journalist providing a report that a latino man was shot in the face, at close range

it was identify as the young man's father

it was reported that he was on his way home and a wannabe gangsta, whose life in his eyes offer nothing, but defeat ran up on the father, cock, and squeeze, and shot him one time

as the reporter stated, he was pronounce dead at the crime scene

the walls crashed in on the young man heavily

crying out of disbelief

next thing you know , he was kicked out of the apartment

transformation of being homeless without permission

he slept on trains 1 through 7

traveling in all boroughs except staten island

he wanted to be an inspiring actor

he loves to dramatize his emotions full of passion, and fire

his father tells him that he's a drama king, but turn that to a strength

bewildered in the wilderness

in this case, lost soul that was fatally shattered

somewhere along the anorexic body lost from not eating

Poetry Slam:
#NoFilter Scholarship Slam - CLOSED
This poem is about:
Our world
Guide that inspired this poem:
Word Warriors 1: Feedback- The Poetic Kind!

humbly appreciate it........check out my other poems i wrote

check out my other poems i wrote