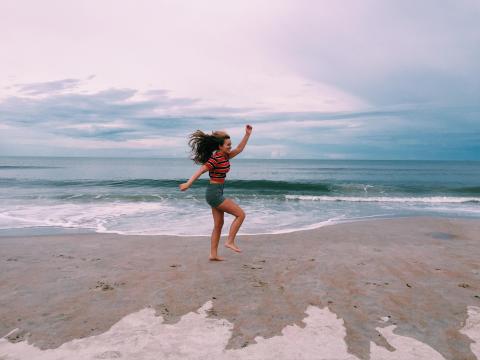 You were born long after your name was known

and you were known long before

your eyes took their first voyage

over the rocks and seas of earth

that brought you to this moment

that brought you to me.

You see, you were born

with ironwood eyes in a field of Joshua trees

and somewhere between the dissonance of

you took your first breath

paying homage in eloquence to the fervency

your life would soon bring.

And, my dear, within the rhythm

of your first steps I heard

the ancient songs of the mountains -

its bridges made distinct by the

way you danced in its caverns,

by the way you hummed with the winds

and by the oncoming storm

during which you had the audacity

Yes, my dear, you were born

under a magnificent blue sky

when time was dancing and

song was made new by the unfolding of a future

in which there would be you.

And if I could make known one iridescent truth

it would be that through poems unwritten,

the wind carried me to you.

You were born long after your name was known,

and yes, my dear, you were born.

And everything was awesome.

Poetry Slam:
Everything is Awesome Scholarship Slam - CLOSED
This poem is about:
My family
Our world