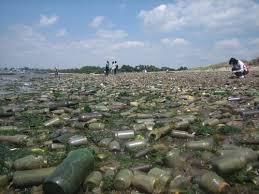 The world is a super-fleeting-rundown place

You look around and think,

Just for a moment what have I got here.

The air has never been breathable it’s a lie,

It’s always been a lie

What would it be to take but a measly-little-five-seconds-from-our-run-down lives to pick up a piece of garbage?

There once was a young girl,

Who believed in the goodness in others,

Who believed that we could still be saved.

She wanted what was best for the world and she tried.

That little girls name was Alice.

Where flowers would talk and rabbits would wear waist coats and have pocket watches.

Because of what we have created a world not worth saving,

Alice had to create her own

She believed in the people

And so she told people about it; this magical getaway she had created

In whispers and stories so that we all would want to go to this enchanted place;

Because why stay and fix the problems we have created, what we have destroyed for all future generations,

You see a little girl,

Who has been there all these years,

Who will welcome you by just saying:

pollution slam 2014 scholarship WhatWouldYouChangeScholarshipSlam What Would You Change Scholarship Slam