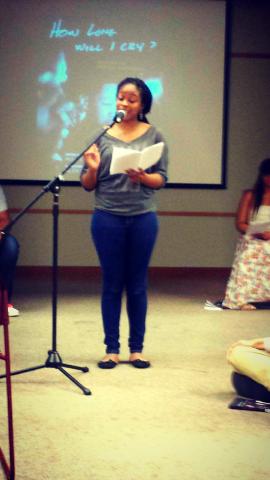 "Yea, though I walk through the valley of the shadow of death, I shall fear no evil." (Psalm 23:4)

They seemed immortal to us, you know? But those are the ones who die first.

I've played in it's thorn bushes,

been marinated in the scent of death

and even saw my reflection in it's shadows...

He shot him in the back because he decided that one boy's life wasn't worth jail time, but it was definitely worth taking

He...shot him in the back

No one cried for the boy who lost his soul last night.

Eternally damned should he not ask for repentance.

I've heard it calling my name

My paranoia called it vanity and I believed it

Death is a siren calling we sailors to sea...

It be them corner hustlers, ballers and shot-callers

Unless the shot is called for you

Loved ones, tears flying, not even 21 but dying

Can you hear the life --- leaving his body?

It be them corner hustlers, ballers and shot-callers

He told his boys that he was a drilla

So when I hear the sirens, I cringe a little

"Know this, my beloved brothers: let every person be quick to hear, slow to speak, slow to anger" (James 1:19)

Generational curses have not missed or skipped a beat

We're missing heart beats of those who stray bullets caught

They comin' up missin'.

Why is everyone so afraid to speak?

Our lives are not yours for the taking!

Because we see no...

Does the skin begin to creep off your back when you realize that the life we live just lacks...sense?

We decide we're deaf, blind, and mute and call it "minding our own damn business!"

Until business and pleasure mix...

Because stray bullets can find you too

"Yea, though I walk through the valley of the shadow of death, I shall fear no evil." (Psalm 23:4)