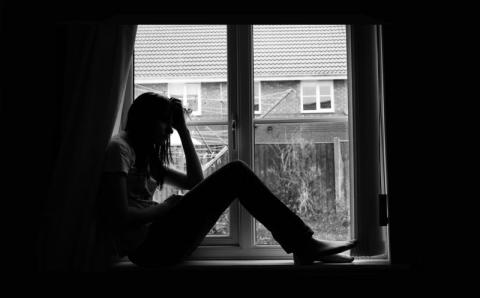 I looked at a reflection in the mirror and asked myself why not me.

He only saw me as a friend when all I wanted was to be held in his hands as something more valuable.

Washed away by my tears to hear another Girl called him Bae.

As I stand in the shadow of her knowing it should have been me.

Looking at the Girl with such digest wondering what did she have that I didn't.

watching girls get boyfriends left and right but still I stand alone.

I wanted to have his eyes just to see what he saw in me! Questioning myself if I'm even worth Taking a second look at?

Trying to get his name out of my mind but still it somehow stays as we walk in the hallway and he ask me What's wrong and I continue to lie.

Hopping one day he would see .

People say be patient and love will find you but How much times do a guy have to waste to see what he has bestowed beyond his eyes that he looks pass.

Its like even if I told him How much I cared

would he say the same for me.

Trying to protect my feeling when they already spread around the whole world.

Emptiness because a piece Which could complete me is missing and their nothing else I could do about it .

Having him as my property as he had me as an opposition.

Only being that person who saw him though the walls that closed us both in screams of angry and slow tear is How he made me feel.

Was I asking for to much was I the problem what was So wrong with me. Was I really that ugly not well with a conversation that he couldn't at least give me a chance.

I told myself that maybe one day I could walk away from all of this and laugh. But as I turned around there he was perfect for me.

I could image us holding hands and his lips to gently touch minds him loving me him seeing me more then a friend but his everything like he was for me.

Having my heart ripped out my chest because I wanted him to heal me but he's the one causing the sharp pain in me.

and say you want me all to yourself

but instead I ask myself why not me.

I dedicate this poem to my best friends because she was going though a hard time and what i did is take her words and make not only her relate to it but a lot of people.I hope people can relate .

This was great! I really liked how you wrote this with voice!