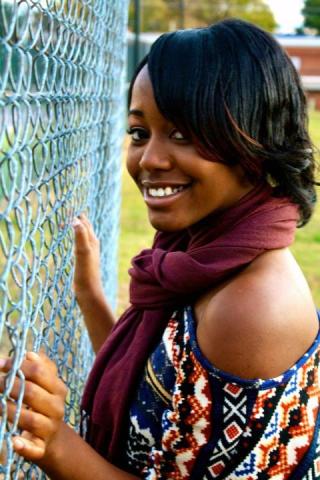 Arrogant with their ignorance yet we let society label us
They wound us with their words, but remarks can not disable us
America was built from white men so it must be a rich man’s vision
Little girls dying to be like “her” when she’s just a video vixen

Now we’re…
Pregnant with poverty waiting to be delivered
The sweet hopes of change in a world so bitter
Children choose to follow figures that had no father figures
They wouldn't push pen-to-paper, but they’d rather pull a trigger

Cash is the motivation and we hunger for the green
So if money is the root of evil, than greed is the seed

Like a domino effect, babies are having babies
It’s hard to remain sane in a world so crazy
Contaminated with sin – polluted and foul
When you don’t wanna be an outcast you tend to join the crowd

Together we’ll …
Smoke until we choke just to ease away the pain
Let’s toast until we croak “aye pop the champagne”
I could never join a gang, ‘cause I like blue and red
They say murder she wrote but more murders I've read

...In the newspapers of children being killed by their peers
And now behind their casket, they leave a trail of tears
WE ARE THE VICTIMS COMPARED TO THE POLITICIANS!
They kill us with false hopes shooting lies like ammunition

See everyday is new, but this life remains the same
We all appear different but God made us from the same grain
There’s so much more to the picture than what is visible in the frame
Like the anger of injustice that still flows through my veins

…Like a homeless person, the need for “change” is vital
So I want it real like this poem, entitled…
Untitled.

I am in love with the line "pregnant with poverty" and entitled... Untitled. Well done.

thankyou ! I really appreciate it & I will definitel submit more.

Please add more of your poems. I reread this to some friends and we are still blown away by a lot of metaphors used.

This poem is so very powerful, and perfectly worded. I had to read it aloud as I went, and it sent chills down my spine.

I would love to hear this poem performed (maybe even just a soundbite). It's beautiful. I agree with George: please add more poems!

Thankyou! I will definitely post more. I do a lot of spoken word poetry & I would love to perform it for you guys! I truly appreciate your comment. Thanks again

This is such an incredible poem.

I am really impressed with the way you began with "screwed" and continued further with that, connecting it to more points.

Definitely one of the most moving poems I've read in a while!

I love the lines "...The government screwed us all without using protection Now we’re…

Pregnant with poverty waiting to be delivered..."

very clever, I like the way you put that.

I think this is brilliant. Although, in response to lines regarding race, understand that most white people hate being labelled based on their political history or socioeconomic background just as much as African-Americans do. I personally take no pride in America's racist past (or present), but I don't identify myself by my ancestors' actions either. My point; many of the social issues present in our society tend to become issues of race simply because people make them issues of race. And even if they are issues of racial equality, the solution to solving them is not to respond with overgeneralizations about the 'white man'.

My life in art

This is absolutely STUNNING, both rich in imagery and ideas!!! I'm completely blown away.

This is so beautiful. Your wording structure and the metaphors are unbelievable.

Very interesting share, nicely penned   . This could very well serve as the ground work material for a book or a movie . Nice job in expressing your thoughts and emotions. I do not agree with all the points made but good group interaction look.

You have written,respectably,all that's been on my heart and all that I am facing right now.
I am in a homeless shelter.Eligible,but still waitin for housing here in NYC Bronx.Shaking my head to all the issues you mentioned.
May Christ continue to bless your talents,grow them,and every area of your live.
"&DON'T EVER IN YOUR BLACK LIFE FOLLOW THE CROWD!YOU FEEL SOMETHING'S NOT RIGHT IT'S PROBLABLY GOD!"