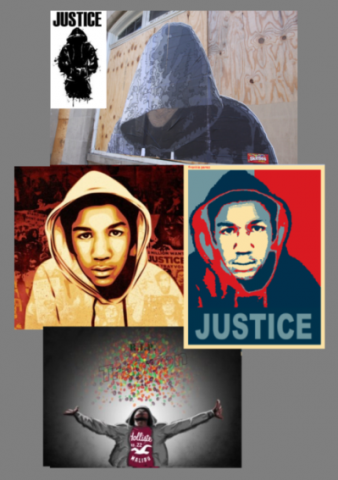 Three out of four was the turn out.

Growing up in a single parent household,

College Park, Ga 30349 was my hood until my mother found a way out.

Moved us quite a few times, then we hit Henry County.

She just knew that she had separated us from everything she ran from.

The violence, the guns, the drugs and the want to be thugs;

She knew so wrong.

The suburbs compared to the hood, was so much worse.

And that was when it was only two out of three.

So you’re telling me that she took her time to get us out and made it worse.

With a hoodie on would be safer in the streets of the hood versus the side walk in the suburbs.

America has some nerve.

I know what it is, they hate.

They hate to see us live, especially in a neighborhood close to them.

So pulling that trigger on a nigger solved your problem.

I have a five year old brother, and because of what you did I’ll make sure he gets far.

I’m giving him all the tools to live and make it.

My mother had three black males.

And if either of them would have been on the other side of that gun,

They would be under the jail.

So you’re telling me I have three siblings who life aint worth nothing,

Because they were born with more melanin in their skin, than those of the “fairest skin”.

This is not the end.

Pulling trigger does more than take lives, it starts wars.

Beautiful people will unite and fight for their rights.

I don’t need a jury when I have my GOD.

Justice will be served.