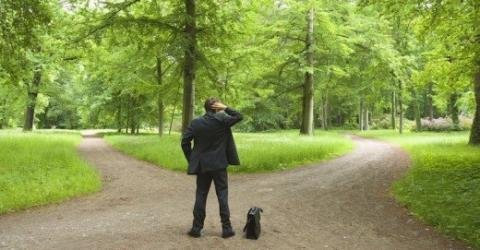 Along the path, you can’t get lost
because you know someone’s walked it before,
but when a fork does appear
which way do i steer?
but all i can hear are inclinations from behind.

but how do they know?
unless they’ve taken it before...
...in which case, i don’t care to hear,
for they want to control
which way i should go
because they say they care.

true it’s easier the second time
but some are still inclined
to play it safe and go that same path,
then the decision isn’t mine.

i’ve seen many people pass me by
then pass me by again
and some don’t even get the chance
to start all over again!

along a path, you can’t get lost
because you know someone’s been there before,
and when a fork does appear
they tell me which way i should steer
they’ve stayed on paved for years.

please, don’t tell me how i should live
don’t have your hold on me,
the life i live, is mine to lose
if i should choose not to be.

so here i am, still following their path
the one that defines their lives,
still, i think it’s about time
for me to leave this road,
before those forks become knives!