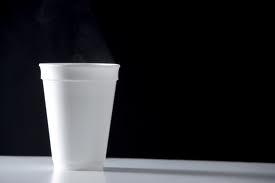 In the summer, I dreamt of Styrofoam cups raining in my sleep.
I’d wake under my sheets, buried under the humidity.
Nervously, I would speak:
I am still here I would say in the dark
No one ever answered,
The air was so dense from the moisture
It was like speaking underwater.
I’m still here like the sun, but I never enjoyed the sun,
Because I needed more water guns
To spray my father’s rearview mirrors
So the day he told my mother he went out to get milk
He decided to leave for five years. I am still here.
I want him to keep looking at the reflection of
Those water droplets that I sprayed on to his mirrors
So perhaps he’ll see the daughter he left behind,
But the sun was too hot,
the air was too heavy,
the water I left on his mirrors evaporated like my spine
when he never brought back the milk
His absence is like air,
but the humidity is always there
The ice cubes in the Styrofoam cup I was carrying started to sweat
when I asked my father on that summer day before he left
Dad, why do cups sweat?
They don’t sweat, he said, they condense,
At the time, it made sense
But when I finally took a biology class
I understood that Styrofoam was trash,
No one ever wants it, they never biodegrade,
they are man-made elements like me,
you throw too many in the orphanage
we’re eventually crowded into tenements
stacked on top of each other like firewood ready to burn,
instead we’re just left there, building landfills in the earth
So you ask yourself, what are we worth?

After my dad evaporated, I melted into the ground
You found me drowning in the gutter until and you pulled me out,
I embraced your humidity.
I learned the third stage of the water cycle from you,
You sublimed me.
Our love turned into vapor.
But vapor, isn’t always there,
How ironic, I developed my own cycle like water
I’d date men similar to my own father,
But you decided to leave me sooner
The day I started to melt again, the earth’s crust began to shake
Because I cannot digest the Styrofoam you left in my stomach,
I swallowed too many memories of you holding me in bed
I was too organic,
But the only thing you ever recycled was your love and even then it was synthetic,
Love is so man made that I used to believe men were permanent
Until my father’s absence countered that argument.
I still ache because our love was like vapor, it was always expanding.
I got lost in your fog, but gasses dissipate
You were opaque, our forecast had a 100 percent chance of rain,
some days I felt blessed to wander inside your clouds
to see how your insides looked in the haze.
I’m still here you told me when you held me close
And we could both hear the summer rain,
But some days, I wanted you to hold me tighter
Some days, I needed windshield wipers,
Perhaps I would’ve seen you more clear
Perhaps they would’ve pushed away my tears
I’ve been burying this Styrofoam for years
But we all know it’s still here.
So I will sublime and explode the sky,
I will finally take back what is mine
The acid rain will be my rebirth
Because I want to see fireworks fall
and finally burn the Styrofoam in my earth.