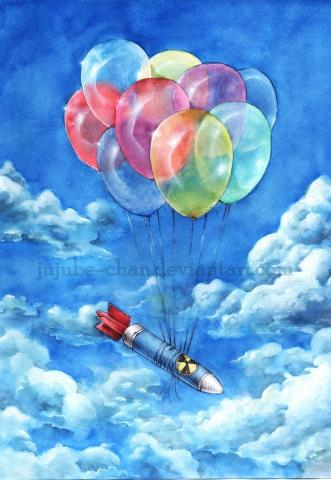 It has become fairly seldom recently to see a married couple raising their conceived children together, a family that's considered complete, whole, healthy, rare. 17 years. 17 years of misunderstandings, miscommunications, lines took out of context, 17 years of marriage. 17 years of a raging war with two sides that are just as right as they are wrong. 17 years of " YOU ALWAYS HAVE TO BE RIGHT, DON'T YOU!" and "She's not pissed, just sometimes she gets like this." 16 years I have been a bistander, In those 16 years I have also been caught out in the range of the fire. In those 16 years treaties are made and forgotten. Ideas, notions, opinions, the very fears that have started this war are suppressed and resurfaced in a vicious cycle, by a lack of listening. By a lack of the will to communicate. By a lack of the will to stand on a common ground. It has been a war of wits and superiority that divides my family, an unspoken rule that someone is more superior. That we must have a weakest link. Humor though plays around with this rule, finds it silly that we even imply such an idea, when a family, a marriage, any healthy relationship that is is built on the values of sharing knowledge, and accompanimanship. And 17 years has to be a healthy relationship. On the grounds that they look out for each other, instead of looking for ways to put the other down. Now I can see through both sides of the glass, one a reflection of how the war of this relationship we have, a family, is viewed through the everchanging underdog's and sometimes child's eyes, the other a seemingly simpler but a more complex reality. The reality that both are wrong and both are right. A contradiction, a  paradox, just as flawed as the people it describes, but still a reality.
As a child growing up in and around this state of war, this is MY family after all, I am and have been just as tangled up in it as every one else, and I can't just leave that and couldn't just ignore it. I stood at my door listening on restless nights, sat in the corner, on the bed cuddling with my sister, soothing wet warm tears trailing down disgruntled flesh. Taking in spoonfull after spoonfull by the ears of their life, their reality, their war, our future, as a battleground, as a family. Taking it in on nights, mornings, afternoons when it was becoming too hard to hide. They never meant to and never mean to expose it, the war, but it was always there.
Tonight back turned, finishing up chores after another accidental missile and misunderstanding was fired at the dinner table and caught by my eye as well as my ear, the war disappeared as well as the car. I doubt it is a matter of sparing us, maybe a new method of communication, or maybe a relaxing ride in the country while heads turn, mouths seal, arms cross, and hot air is blown out noses. Still I sit writing documenting my war, family, thoughts. Left alone, yet again.
Maybe it is the fact that this isn't an everyday occurance, and throws me off,  that it turns and churns knots in my stomach. Maybe it is the fact that I feel that even though witnessing  each battle go down that I feel that my mouth is sewn shut, my opinions and realizations put to rest, probably for the best, but I can't help wondering how things could change if they actually would listen, This is just my war as it is theirs, now, I comprehend what is happening better than I could before as a child. I am still brung up in the war as ammunition, but get no right to involvement. "YOU'RE ALWAYS LOOKING FOR WAYS TO POINT OUT THAT I AM STUPID IN FRONT OF MY CHILDREN!" Insert name of child, Kelsea, Hannah. Conceived from both your egg and his sperm. His, yours, shared, independent children. Isn't that what we've become now as you neglectedly ignore us, with no instructions,wishes,demands, or even thought! As Hannah roams freely downstairs, for she is at the age where she doesn't care, but I do! I care that you, we have a lack of communication! I care that 17 years have been built on war, but I realize that that is exactly what marriage is, and for it to work each must become stronger after battle. And before me I see two gladiators, arms like thunder, hearts of gold protected by several rows of steel bars, Two victors, that I call my only Parents!
Poetry Slam:
You Only Write Once Scholarship Slam - CLOSED