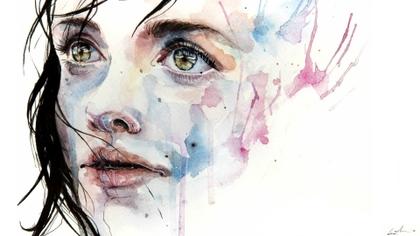 Why can’t a woman be a man?

And why can’t a man be a woman?

Generations have passed and nothing is subdued.

The hysteria of the man and woman are often abused.

Filial piety with a mixture of benevolence are different between the two.

Where one’s power is lower than the other too.

The verbal abuse is repeated between the crevices of her ears.

Her breath has shortened and her weary arms have tears

Sirens are blaring, but her heart had ruptured in the midst

Blood has reached her eyes, but words are often dismissed

Hope is gone, he had gone too far.

The succinct patterns of hysteria and the living realm of mystery

The captivation of truth within a truth, yet the truth is a history

The portrayal of a soft and submissive scene

With a young girl half-naked and lean

She can only wander and look, she is called to be humble and is cast aside

If she is a hedonist, she will be mistreated and thrown in the realms of the tide

Where there is only torture and no escapement.

Her hair is torn

Because she no longer have any luck.

Love is a slight glimpse- an oversight

To be loved or to not be loved

To feel pain or to not feel pain

Loving the same gender is revolved in love

Displayed as Cinderella and viewed as a Villain

She has to be Aphrodite with a knowledge of zero

Then let the dogs of Cerberus redeem her.

Only young, enchanting, and obedient girls may seek an opportunity…

She cheerfully embraces her husband,

Knowing that everyday she is drowning in depths of the household.

Lust and desires from men.

The fragile body of woman is caressed without withdrawal

Screams are unheard through the four-dimensions of the wall.

Soon maids will renew their throne and banish all lustful men

While a warrior carrying weight on his shoulders is heroism.

A box should be banned from the man

Relaying the tears from within

Erasing the anguish from within

Losing the manhood is not from crying

Hurting a gentle soul is unbearable.

Used as an object and a tool of leisures

A child-bearer and an unemployed mother,

Not given a chance asunder.

Roaming through the gardens and fields from sunrise

Being told of what to wear

Being told of how much to eat.

Be fat to bear the children’s

Be skinny to attract men

Be loving to be loved

Always tamed, but never can be disobedient.

The instigator must be her

Then she should not mourn when inflicted upon.

Power began to rise for women…

The renewal of rights have been augmented

Willing to hurt those who hurt them

Annihilating them from their lives.

A path to freedom,

A path where all sisterhood can sublime,

Breaking away from society

And live without femininity.

Poetry Slam:
#BringBackOurGirls
This poem is about:
Our world
Guide that inspired this poem:
Create a poem about inequality.
Poetry Terms Demonstrated:
Repetition

True purpose is found in Jesus Christ. Cry out to Him, give your life to Him, and all the confusion and hate will subside through His knowledge and love.

I absolutely loe this poem! Their is so much truth written in these stanzas.  It is so sad but you have written the truth. Be blessed

I admire the extremity of your words. If you wish, I am soon launching my website and I want to share it with you to my other creations

Wow! I'm surprised and a bit saddened that you only have two poems. I would love to read more of what you think upon society. This one truly speaks to a woman and even a man.

I give you much respect for being able to put into words what this world is, "A man's world," but thankfully, in the 21st century it is not as it used to be. As long as it's not third world countries unfortunately. Please write more. I will be showing this poem to others.