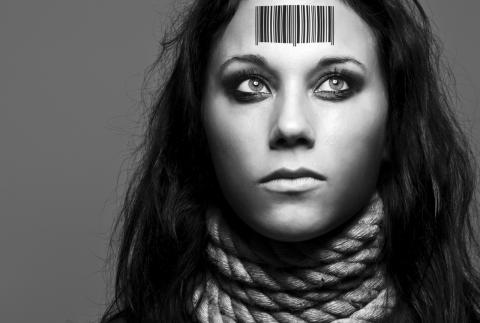 Because humans are a better commodity than drugs.

Bought by men who are no better than thugs.

Humans, you can use over and over again.

Used, reused and abused before my life could even begin.

My name is Angel

And I am for sale.

My employer is the international skin trade.

In a brothel, or in a mansion as your maid.

It all started with him.

He had the softest brown eyes and curliest hair.

He said he loved me

That he would always care.

The man who I thought could fulfill all my dreams.

The same man who took pleasure in my screams.

He promised we would get married and live in a mansion with kids of our own.

The reality of which- most of you would never condone.

His definition of children were girls my age

Forever trapped in this cage.

Before he broke our bodies, he had to break our minds.

If we didn’t do it just right, he promised our families he’d find.

Can you imagine being forced to do something repeatedly?

Yet you know they would be killed if you didn’t?

That’s the life of most everyone here.

The only drug we live on is fear.

People are bought for their looks.

How much money can be made off this blonde or red head?

But seeing these girls and their innocence ripped away

Makes me wonder how slavery has ever been okay.

I doubt you’ve heard much of us.

We are the invisible people.

The ones that were taken from other countries,

promised hopes of a better future

and then sold for less than what your average Iphone costs- a measly $90.

But do you want to know the real problem?

This goes on, in your city, your state, and possibly even your town.

This ‘industries’ profit amasses to more than 32 billion dollars,

with 15.5 billion generated in industrialized economies

such as the United States.

My name is Angel and I am NOT for sale.

If you were to look up the word ‘Freedom’, you would see:

The power or right to act, speak, or think as one wants without hindrance or restraint.

Without our children’s innocence to taint.

Freedom is in your grasp.

Yet you don’t reach for it because you are scared.

Scared of a number.

But these aren’t just numbers.

These are souls that we are dealing with.

We have to stop taking our reality in doses.

Humans should not come with a pricetag.