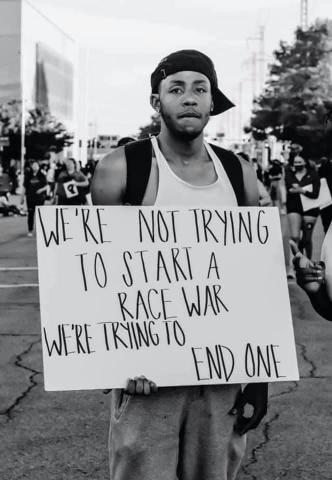 I don't mean to be rude but please let me vent

It happened too many times and it's not making sense

Maybe because of the color of his skin

Even if the man didn't commit anything, he's still going to jail for everything

And this is not surprising

We saw this years ago from a man named Rodney King

L.A tried to beat him into silence

The city and streets stood against the police in defiance

And even after all of that justice was never served

Cause they know not of who we are

You see our ancestors came from a place very far

From Africa where our people were living lavish

There were trees and greenery the scenery was beautiful

For you see it was due to the European greed

So now in the present day, every African person is seen as a slave

You exclaim how am I seen as a slave

Yet why does it feel like I always have to refrain

I know I have the power to break from my restrains

Through intellect, hope, and courage

So one day I and the future generations will flourish

Poetry Slam:
#BlackLivesMatter Support Slam
This poem is about:
Me
My family
My community
My country
Our world