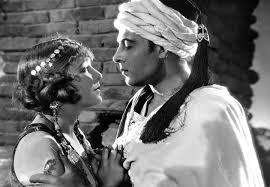 Bred for adventure, Lilac Alden of Deadland mixed with few . Memory, the woman who desired him, would not quit her rooted way . She let go of his adventure life for knitting  and teaching her offspring to tend a garden of tubers and rosemary.

Lilac often surprised Memory with encapsulated secrets. She found rhymes tattooed upon her flanks after nightmares and knew they were him. These tempted her to long for France but she believed Lilac would never go there.

Afternoon sun magnified her melancholy each day as she left the embroidery shop after her shift. Dreary days hazed in uniform incandescence, ashamed of feeling bad, she drank green tea on break and spoke little. Her coworkers believed she was insane but one of the best embroiderers they’d ever known. When she did speak, she’d quote her husband. Someone would inevitably ask, which one? and the snickering would skitter like a mouse. But she knew the truth about Deadland. Screw them.

Her child had asked her to stop visiting so she shared her too big, too bright flat with a stray black cat. Muscular and male, it stunk the place up but she felt love for it. The mean black tom reminded her of Lilac: needy and aloof in spurts. The warmth of its fur sent her mind reeling to arguments with Lilac: Jesus, Church, Disease, Government, Androgyny; such topics would flutter between them like lost birds trying to escape out a window. They agreed on nothing but French heavy metal which they’d listen to and fuck. They’d become tranquil and united. Then he was gone.

Lilac handled his life like a tree in a shredder. He rarely slept. Amphetamine and ecstasy fueling him as he righted the world, changing loyalties like hairstyles but the grey was showing.  Hiding in the mountains one state line away from Memory, he was easily missed by the asinine reporters and the authorities. It was easy being an agent. All he really did was read, watch, listen and guide-- in that order. With a phone call, a word, a look, the world was sideways until newstime. But his heart was dark and dry. Experienced agents are best but when you aren’t making mistakes it’s no fun.

Memory forgave his disappearances. She knew her world was safer when he wasn't around. She- the true key to their contrived kingdom- knew that although he had fallen into shadow she might yet persuade him. But to do what?

Night storm; Ohio flash flood. Memory, returning from choir practice, gets her Honda stuck behind a submerged log. Lightning strikes revealing his face for an instant. Then his car sped away. She gave hers gas; it moved. She was freed; she drove on. It was the same stretch of highway she rode toward work every morning before dawn.

This poem is about:
Me
My community
Our world
Guide that inspired this poem:
5 Tips for Writing About (Unhealthy) Relationships