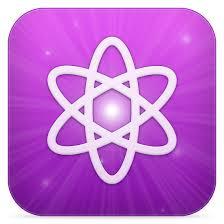 We were stars broken into pieces,

Matter made of atoms on short term leases.

Reused energy, that which cannot be made,

Broken and rebuilt until bonds are systematically frayed.

My atoms were once part of Alexander the Great,

And used in evolving the dinosaurs of late,

My molecules are recycled and yours are too,

Once a part of awesome things, just as much as the new.

When people live life to pass their matter to another,

To a newborn awesome child from its just as awesome mother;

The atoms move on, living millions of lives,

Pulling awesome through the ages, everything from Stonehenge to bee hives.

A wonderful system with generations of atomic wisdom,

Started from the noble death of stars, we are of existential princedom.

Rhythm of the living and non-living in a universal hum,

That’s why we are absolutely, most certainly, scientifically awesome.

2015 Everything is Awesome Scholarship Slam