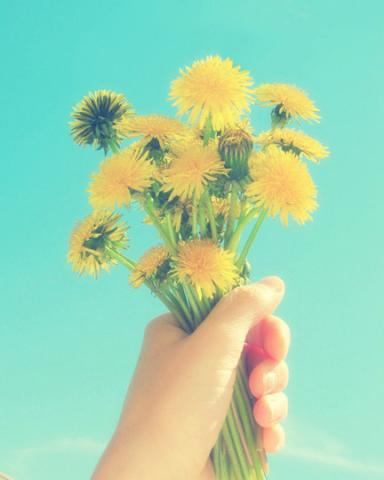 It is a flower's dream

To be picked and given away.

A child who still believes in princes and fairytales,

A watchful and caring mother,

Or someone who just looks too alone.

It doesn't matter who recieves it,

Flowers just love to be given away.

People choose only the prettiest flowers

To give to their hearts desires.

And violets are blue.

And so on and so forth.

When it comes to picking a flower

No one but children pick the weeds.

It's a child's innocence that gives them the ability to see

The hidden beauty within a weed.

They are beautiful, but also thorny.

The so called "ugly" people are the ones doomed to believe they are weeds,

Especially compared to the roses of the world.

Only children can see

That there is so much more to the weeds

While everyone else looks down their stems

And scoffs at them for having the audacity to be the way they are.

Often I think of the daisy,

A very simple flower that has the tendency to be mistaken for a weed.

It is a very simple flower

But it is pretty enough to be picked on occasion.

But if someone had a rose, with its thorns and beauty,

Would they be willing to trade it away, for just a simple daisy?