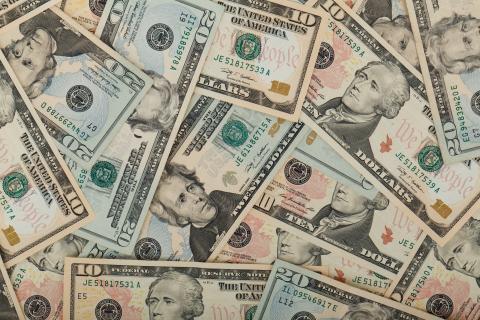 A group of pigs lived on the same street

They were friends and despised the rich

They saw their neighbor get it in a cinch

He had the cash and hid quite a large stash

Somewhere inside his palace

The pigs were greedy and wanted to "share" his wealth

Having been raised with Robin the Hoodlum in mind

They knew it would be tough

Because he was so gruff

Plus he was a wolf

Everyone knew they ate pigs

And had a huge mouth

They would take a slice

And add some spice

The pigs said "Screw it!"

They dreamed of larger things

And the large bling

Showing off to the world

The night they cracked the windows

They heard it shatter

It was all a clatter

The place was for kings

Money was everywhere in the furniture, the TV etc.

A piece of history and the makings of real dreams

The road it took for the wolf to get there

He worked hard and grinded through the tough times

And at one time waited in the unemployment line

The passion he developed living in a small house

When he was just a pup

They wanted him to see

That being envious and the same

Would not get you through life

And would merely make you bitter

"Son, if you want to be successful, you have to know that you will make it"

It was told to him each and every day

The wolf knew he would get to the top one day

He devoted his life to helping his dream

But not only that but giving to the needy

The poor, the hungry, the homeless and the seedy

The pigs knew they made a mistake

They couldn't take the money from a man who earned it

He worked through his own passion to get here

Getting through the mountains in his way

They left a note saying sorry but also good luck

To where it could go

The next morning the pigs woke up

To a size of cash

The wolf had left it

"Reach for the stars"

'Then give it to others"