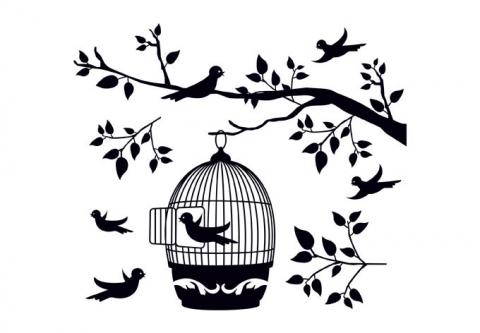 Carrying the words of the people

They went far as the wind blew.

And it caused a ripple.

You could hear the people’s whisper

As the cold wind blistered

And tried to silence the song

But then, one cold Sunday

Their voices were too loud

for the tyrants,so they made many lay

Now without a sound

They didn’t give it a second thought.

“We are equal” they said

“We are unified!” was their shout.

But all that their new tyrants saw, was red

And so they began to bout

They lied and hid

Twisted morals to keep them thole

And sew shut the people’s eyelids

They took without giving

Their twisted minds were greedy

Even though now the people couldn’t make a living

So they killed the defiant, innocent and needy

For what use was one that could not work?

Afterall. “We are all still equal”.  They smirked

And their webs of lies beat like a drum

Forcing the people to hum.

The people were blinded.

Their rulers were double sided

And wouldn’t let them stand.

Their carefully woven lies kept them on their thrones

While the people’s cries and groans

For the wind could no longer carry their words

Their songs no longer had meaning

Yes, the lies had destroyed even their beauty too

For their rulers would not even let them be without demeaning

And making everyone a fool.

Their ideals were shattered, and their lives tarnished

And they couldn’t even mumble

All so their leaders houses could be nicely furnished

The people found they had traded

One tyrant for another to take his place

and make them the betrayed.

Oh how pitiful it was

So sad it could make you cry

It would make some think the end is nigh.

In their twisted morals,

And all the lies

Yes. They were all “equal”.

that’s what they claimed. But some were more “equal”

And were ruled over all the same.

The wings of red no longer flew

And the cold wind blew

And their lives had crashed with a thud.

For now the red of blood

Was all they knew.