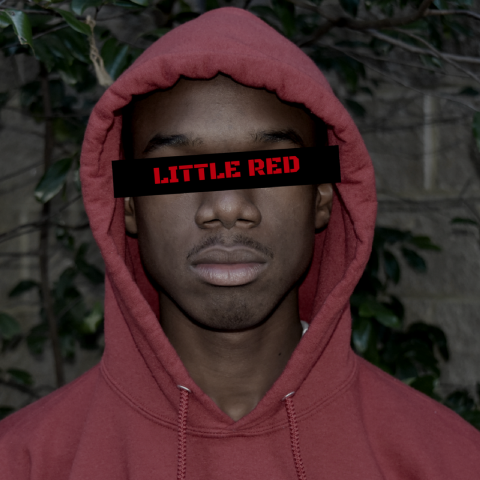 I was always jealous of her clothing.

Not because of what she wore,

But due to the magic in her protective red.

Simplified what protection was in my eyes as my mother told me her story.

It looked familiar, but unrecognizable.

Before bed her trails left red footprints in my head,

Steps that was untraceable to me.

Her cloak twirling in the wind mimicking her mindless reality

And inherited nativity and ignorance.

His footsteps panting behind her, however,

His claws don't reach for her red, but they reach for mine.

It sounded familiar, but unrecognizable.

As my mother continued, my head spun as I reflected.

I was a child when my mother first began telling me this little girl’s biography.

I realized however my mother flipped the pages of the paperback,

But was too illiterate to predict the next words.

She wasn't compelled by the words to read.

She didn't have to. It was my story.

It is familiar and recognizable.

Mother cut through the air of restriction,

Opening the portal that was realized for my destiny.

My envious spirit wasn't in what she wore,

But the protective power that privileged her skin.

Her red is accessorized, while mind is realized into reality

As a second pigment against my face.

Our stories are the same,

Her name is Little Red and

As my red washes down my leg, my red mimics hers.

Poetry Slam:
Once Upon a Poem Scholarship Slam - CLOSED
This poem is about:
Me
My community