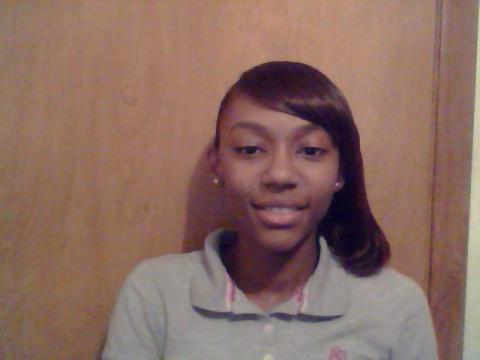 Inspirational beings don’t always have to be a millionaire or someone with brilliant ideas. An inspiring individual could just be your everyday mailman or even a homeless man that lives in a nearby park. To most, an inspirational or influential person is one who works hard just to make it through a single day of harsh labor. However I’m one of those young people who look up to the individuals that struggle just to make ends meet; to the ones that struggle just to put food on the table; and to the ones that struggle to put clothes on their children’s backs. Being nourished by a Mother alone comes with one of two things: aspiration and eminence of one’s future.

Growing up in one of the not so great neighborhoods, also known as the ghetto or the projects can impinge on the way you act and look at certain situations. When living in the ghetto, you are placed into this category of poverty, low education, and being the central attention of violence. Yes those statistics are true in a way, but what society fails to realize is that most of the people in the ghetto are not there by choice, but by force. As a single parent living in poverty, trying to raise two children, make ends meet, put food in their bellies and put clothes on their back while working hard, just to get paid minimum wage is not the way any parent wants to raise their children. It’s fairly unmerited how the government categorizes individuals according to their salaries and their educational backgrounds because if you qualify for either or both of those you are left with no decision but to accept the society’s snippets. However my mom is one of the smartest people I know, even if it’s not written on paper.

Throughout all of the ruthlessness being said about my hometown community, my mother always told me, “Stay away from people who try to belittle your ambitions.” As a little girl I thought she meant for me not to hang around people smaller than me, but as I became a young adult I’ve come to realize what she was truly saying. It’s destined that my peers should not be the ones who try to vilify my goals and dreams, which someday I shall receive due to my passion to succeed. Not only did the quote mean that but it also said don’t let anything impede you from accomplishing your goals regardless of any negative circumstances.

Despite of our struggle, my mother constantly found ways to keep my sister and I on track with our behaviors, the importance of education and the magnitude of our future. Just as any parent would, she wants nothing less than the best for us. If either of her children became discouraged, it seemed as if she always knew just what to say or do to facilitate us in the direction of reaching our highest points of triumph. It may sound as if she is one of those “get up and try it again” type of parents, I see it in a way to never let a single failure or some sort of malfunction get in the way of you succeeding in the future. My mom is my personal motivator; also she’s one of the very few individuals that mentally and emotionally influenced my life from my early years to adolescence.

However to be an inspirational person you don’t have to have all of the material luxuries in life; but to be blessed with prominence and optimistic luxuries in life. Poverty shouldn’t be a sense of depression that ceases ones devotion in this modern day society. But staying affirmatively motivated and prosperous will permit one to see things in significance instead of triviality. Being my mother as well as a single parent taught me that being independent isn’t always trouble-free but it she forever seems to get the job done. With that being addressed, my mom fits flawlessly into my personal characteristics of an influential being.