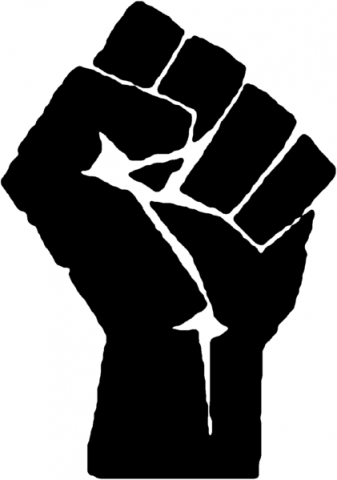 all gather into one fist of POWER

How fighting seems to be the ONLY  solution

to a person who dropped your heart

you have control in a life in your hands

the pride of your ego thinks you won something wild

couldn't handle in life was token to a complete stop

The silence of the words broken enough to explode

That person you though you were beating up was only yourself

There's no winners because you both stand as losers

being able to fight  doesn't make people respect you from fear

it cuts you deeper

now you might feel  satisfied but a few days maybe months

someone will try you again

then fights and fights only lead you dragged with no mercy

either the grave or behind bars

but they need to pay for what they did ..

only leaving you with the consequences

a life you could have saved yourself from

I want you to know fighting is not the solution. We as a nation are better then a balled up fist. Use  your hands to catch dreams not a court case .Hope I inspire you and others .

violence is becoming the remedy to all solutions

use your hands to think, mediatate, not fight

you're right, use your hands to grab you dreams and not cop pleas in court cases

YES so happy you enjoyed it

You said I had a gift, but you have an extraordinary mist that coats your words that make them stick. See I can go on and on about how I relate to this but one thing must be said, your totally right. Those hands people clinch together to form a weapon aren't meant to destroy the atoms in another being's face. See I've seen the hands of an old man and I could run my mind down his lines and scars and non would come up of a fight. Yet he did have one thing that kept showing up, the imprint of his hands being clinch because he was being beaten; the hands of hard work and slavery.

See our black culture has been through a lot, even the white, Indian, Hispanic, you name it but in the beginning; we only hand room for the hands of love. Clinch the hands of another, as we played in each other's eyes as we glazed; we saw misfortune but we had each other's hands to guide our children through the rough patches, falls, and disappointment. But people we can't fight anymore, its been enough of that, it's time for all of us to take out a book and read or write some poetry.

Oh and keep up the work, just some great stuff here. Oh and I did get inspired by the way, makes me want to write some more.

omg so happy it inspired you .because i hate to see people fight and use that as a solution but for what .i want my words to make you think beyond my words but the way this world work .so happy you enjoyed and keep on writing because makes you look at a world a whole different way