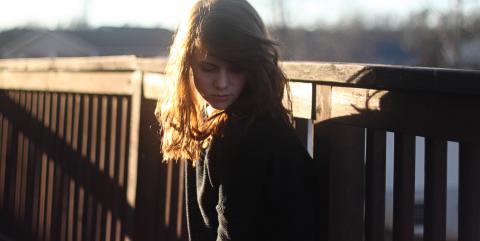 I am feeble- skin tagged

Crawling from the pit of my own stomach

Defying my own existence in the comfort of the realm

between you and the glass which holds so many

Six minutes for the moth in the windowsill/

Six minutes for the beekeeper’s daughter/

Six minutes for Mona Lisa in the glass box/

I, the girl whom infected the moth in the window sill,

I breathed a band of the nefarious demon’s army

(Immaculate Conception may have made sweet baby Jesus

but immaculate misconception conceived them when

He laid my naked body against the cold moon

and tattooed an umbilical noose around my neck

He, the puppet master of the beekeeper’s daughter,

I, the girl whom infected the moth in the windowsill

(If Father Hell checked no on the adequate census

and she was absent from roll call the next day,

is that still considered abortion?)

on the very scaffold that Hester Prynne’s Scarlet “A”

burgeon feminism, can the “H” in hell worm my body?

He, the creator of Mona Lisa in the glass box, the

six faced introvert, bearing the grimace of his

He, the puppet master of the beekeeper’s daughter and

I, the girl whom infected the moth in the window sill

I, the lake of fire, the lactating nipple, the hypocrite-

I am, or maybe I’m not, just Karma’s fine example