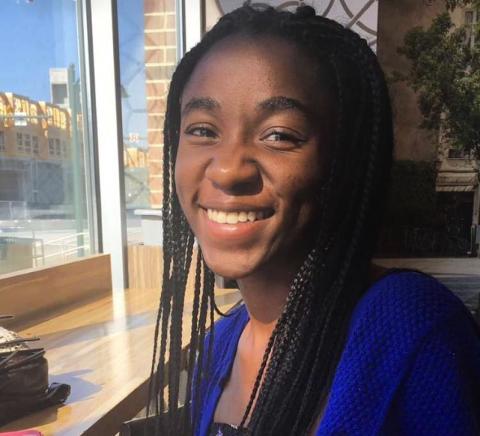 Police brutality is a controversial issue that has been growing in significance in the United States. After experiences over the past year working as an intern with the election campaign and in classes such as AP Government and Politics, I have begun to explore its origins in our social landscape.  Part of being a poet is piecing together experiences to express emotions that are often difficult to name and even harder to articulate.

In this poem, I first explore the situation within the United States, which is centered on race. Later, in part two, I go on to address the current situation that affects the LGBT community in Jamaica. Forced to live in streetside gully’s, they are often abused and killed without the proper support or intervention from the police. While the victims come from two dramatically different parts of the world, both suffer at the hands of those that are supposed to help them.

This poem is my attempt to summarize my feelings of the past year and contextualize them in the greater social dialogue. I hope to demonstrate that this is not just a race issue, but rather a greater, more widespread issue of oppressive authority and human rights that needs the strength of a community to be tackled. It is up to us as a global community to bring these issues into the forefront, to discuss them, and take collective action to solve them.

when He was alive,

He was a waxing moon in retrograde

and sometimes solar eclipses scared him.

it was something about the dark,

something about the blackness

He was reminded of his darkness.

The obscurity of it.

He looked down and saw himself disappearing.

Now we are all left wondering,

was it all really a magic trick?

Did his blackness simply absorb bullets? Was his skin an invisibility cloak?

Did nobody see his black body riddled with deceit, with bullets?

If they did—that is

if blue hands held down black bodies and were seen—

What magic happened between death and justice

that caused it to disappear?

Was it the vastness, the expanse,

the black hole that sucks our future into the past?

Drags us back to a time when

pulled out of hats and put on trees with a magician's touch.

When we ate strange fruit,

lips smacked together with gluttonous satisfaction.

Are we addicted to the taste of grief?

or has our sense of taste dulled?

I know somewhere there are magicians.

and bandage their reputation with

in another part of the world,

under the same disappearing moon,

in the gully by the side of the road.

4 shots ring out and the darkness grows louder,

What is it about the dark

What is it about the other

It is too dark to see it

and nobody bothers to look.

at a certain time of night.

When you live in the gully

you are nobody’s neighbor.

There is no love for you anywhere.

Poetry Slam:
My Year in Poetry Scholarship Slam - CLOSED
This poem is about:
My community
My country
Our world