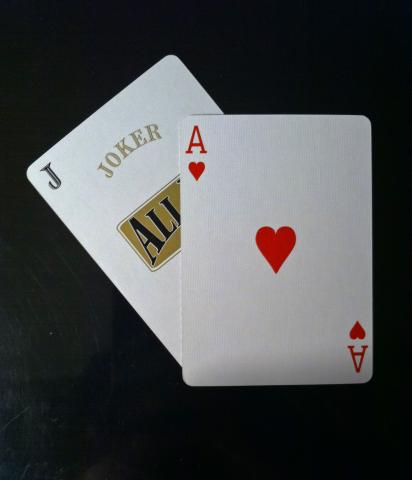 There was a little girl I knew

Born to a drug addict, the youngest of five,

Forced to survive on rubble and scraps

Because checks were stretched thin

Between sins and rent.

There were no aces in her deck

Yet she went to school every day

Drawing cards for a better hand

And filling the gaps

When spades fell through.

As I watched, she became her own dealer

And getting lifts to school,

Applying for college all on her own,

Unaware that she had already grown

Beyond her poor birth right.

She was strong, she was brave

And she saved herself from jokers and bluffs

A diamond in the rough whose diploma said

She had finally played a flush.

In her world of tatters, the odds were low,

But she wasn’t slow to play her hand

In the face of strife

Because to those born into the slums of life,

Odds are things to be broken.