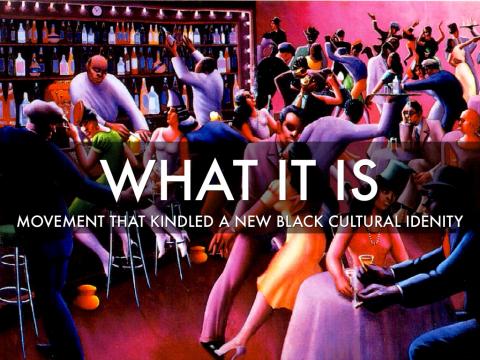 They continued to struggle

Living in the cracks

With the problems they juggled

Because they are black

But then they came out

Tired of being hidden

That the whites have forbidden

The one known as jazz

Which derived from the blues

And their ancestors’ past

There were other arts

The ones who’d write

You ever heard of Langston Hughes?

Who wrote about black life?

How about Josephine Baker

Known for her little banana skirt

And danced till her feet hurt

There was even Bill Robinson-

The most popular black entertainer

Who was also nicknamed Bojangles,

The “father of black American art”,

Which influenced other artists

Singers such as Billie Holiday-

the affliction of black lives was what they sang

That described blacks being hanged

All the talents that have been revealed

Still no rights have been earned

But never stopped them to surrender

Opportunities now open for many,

Thanks to the ones who’ve been recognized

A new pride in the African American community arose,

Poetry Slam:
You, Me, and Poetry Scholarship Slam - CLOSED
This poem is about:
My country
Our world