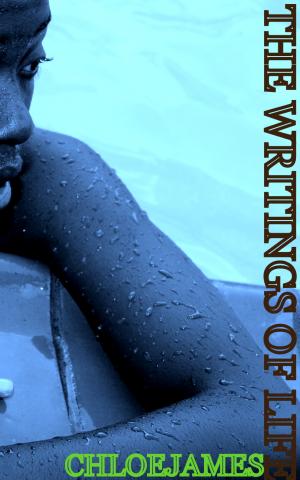 I guess I'm feeling some type of way.

It’s the day after the next day.

THE VERDICT; NOT INDICTED!

Definitely it rocked this country.

I guess I'm sensitive, emotions running deep, with all this madness;

Most nights I can’t sleep.

I have a son almost the same age;

I guess you can say I'm frightened for his well-being.

As much as a mother should be these days.

The tragedy has awakened more of a beast in me, so much so

I just want to hold him, protect him against those men sworn to protect and serve.

I don’t want him to become another statistic in this country.

I feel helpless in this moment!

I just want him safe from all hurt and harm and danger.

He told me he wanted to change his name, as if; it

Still won’t change who you are, or the color of your beautiful dark skin.

What is he afraid of? I guess the same thing I’m afraid of.

I want the best for him, point blank, period.

But, I'm afraid, one of these trigger happy men will take him from me,

Will rape my family and kill our children;

Because on that day he may have his hands up; or

His pants down or his music too loud.

So you see, I just want the best for him;

I don't want him to feel any pain,

Nor any harm to come to his way.

He’s growing up, and he won’t be my baby for long;

I’m so afraid of this world and the harm it may cause.

It doesn't matter how he was raised, his background;

Or what community he’s from; still

He has that beautiful dark skin, so many seem to be afraid of;

I want him safe, YOU HEAR ME?

I want better for him, than this world trying to take from him.

I want him away from the negative influences;

As I try to teach him, to always watch his back.

To be accountable for his actions and that trust comes at a price,

And that some friends may try to stab you in the back;

And to never regret who you are or where you’re going.

To be honest and trustworthy and always be a leader,

Don’t take him away from me like you did her baby.

Don’t falsely accuse him or shoot him, beat or abuse him;

Nor sell his integrity or lock him away.

PLEASE let him grow into the MAN he is destined to be.

BECAUSE I don’t think I can be as strong as she; or any of the women

Crying out to God in the midnight hour;

I just want to send this message to those men;

Because at this moment I know he’s safe from harm, but for how long?

As you walk free on a NON INDICTMENT CHARGE.