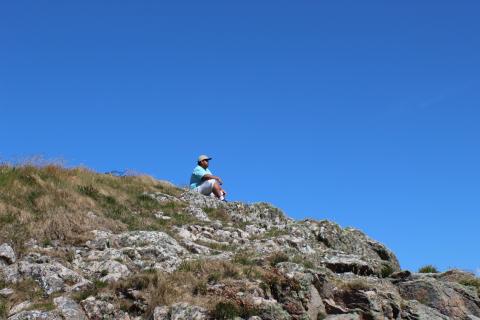 Darkness and light all at once,

The faces of many and yet few,

But who am I to judge our fate.

Bombardments of artillery light up the sky above us with the roar of a Lion,

Some try to run from it and others hide from it,

But those who run are found over the trenches the next morning.

We were not men those days, we were boys sent on a suicide mission,

We all wanted something: Freedom, Adventure, and to Fight a Personal Score.

But here we all are writing our goodbyes with a photo of us pinned to our uniform.

Silence then fills the air with such gusto

That even the dead can’t spew out their last breath.

As we march out of our tunnels into the open,

We are only met with machine gun fire dancing in the midst of the fight,

Charging forward as screams are faded by the sound of lead,

Only to run over the graves of forgotten souls.

Yet, I keep moving forward.

The last sound I hear, when our eyes lock.

A wall of boys clouds my vision, upon jumping into the enemies defenses.

But who am I, I’m just a boy wanting to be free.

Stuck in a wheel of pain and sorrow. My mind drifts.

I do not want to see the end.

We were all moles trapped between mounds deep in trenches.

As my eyes begin to shut, and with one last glance

Poetry Slam:
Fight the Fear Scholarship Slam — CLOSED
This poem is about:
Our world
Guide that inspired this poem:
Poems to Support a Veteran