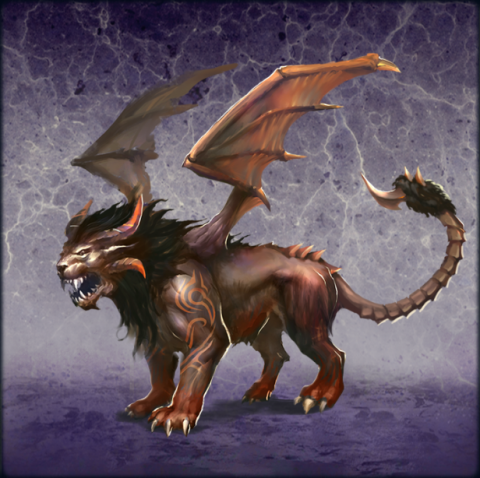 In the oasis that cultivated and sheltered everything man conceived,

Were the final clawing and flap of a longing paw and wing.

Only the bevy of nymphs and maidens grieved,

And began to raise their arms, to guide the light shining upon the sorrow, and sing.

Gave mercy to the poor life of the Manticore,

For the burden of a vulture feasted on its liver,

While the creature chained to the firm rock hindered it to plead, to roar,

Only what came beneath, a wound and a crimson river.

Its scorpion tail rescinded for it became too frail to swat,

Its lion face never saw true air and light again, for it had only a wing and an eye,

For it once contained an affinity of Man, protected it as if it was a Child, now fraught,

For its innocence misapprehended for thievery, it could only beg sheepishly and cry.

Though the nymphs eternally sang until they withered - begging for forgiving,

For the life of a fond being known to kill, but rather, a Father who cannot cease giving.