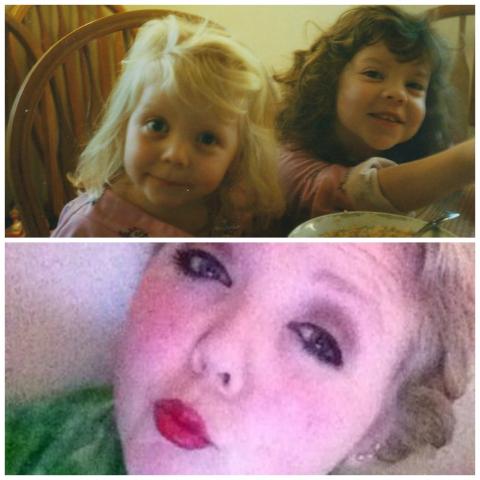 This poem deviates slightly from the suggested topic explaining, instead, the psychological state of adolescents and women in this day and age who aspire to a level of perfection that doesn't exist and how the failed attempt to do so leads to a feeling of inferiority. Please enjoy.

First I put green on my face.

Because my cheeks are too red.

At least that’s what someone once said

And something that de-puffs and lightens beneath my eyes

Then creme that matches my skin.

Because now it’s too green.

And prime my eyes so my liner stays neat

I put two eyeshadows on

One all over, one in the crease.

Line the top with liquid black.

And black pencil underneath.

Wisk on some mascara.

Light hair isn’t as pretty as it seems.

Brown pencil to my eyebrow.

Until it’s anything but… well,

Now don’t I look so pretty?

Some more, some more.

Funny because I actually feel pretty.

Isn’t it so strange that all this is pretty?

And yet I know that it is petty.

I’m addicted to this face.

Without my mask, I’m naked.

Without my mask, I’m ugly.

Picture attached is a collage of me as a child and me now, full face of makeup. The question posed is why the child would grow up, as many do, to believe that makeup is necessary for beauty.

Poetry Slam:
#NoFilter Scholarship Slam - CLOSED
This poem is about:
Me
My family
My community
My country
Our world