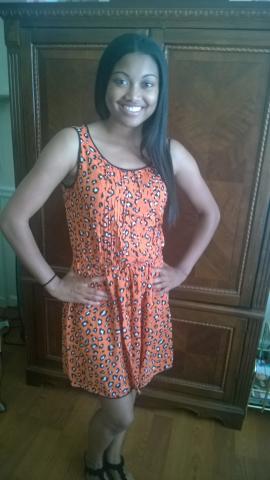 Love, is it really just four letter word. The letters L.O.V.E  all wrapped in one having no meaning  but just a substance  that poison our way to mend a broken heart. I live in a world where sex and hate is all apart of originality, where more pregnancy is a habit amongst the young, and the abuse of women is a reflection of the past. I live in a world that lies to cover up what's real, cover up how they feel. I was born from the broken rubber of two spawns, but yet they don't respond and instead they go beyond to act like them two never happen. Is it sad to say I don't want to end up like my mom or dad always fussing about what they had, instead of have. Me. The reproduction to their egg and sperm. Their for taking shadow that try to imitate the line breaking boundary of love in which I realize it's wrong. But now its never  the same but still I'm a reflection of my fathers last name, I thought love was suppose to be happiness instead of pain. The first thought  of adulthood. The start to finish. Beginning to end. However  its two pieces of dice waiting to be rolled, a dollar bill in the pocket of my bra, while hair waiting to be pulled. I live in a world where women is just an object to be used, to be misuse, but yet we use every excuse because were afraid to let go and find some other happiness. The love we seek isn't real, it’s a misjudgment of what we think besides know. "Well he said he love me, so I let him hit that." He should not be hitting anything because your body is not a toy to just mess around with. Men face society by being seen as this no good waste less father, a daughter will never know what its like to be daddy's little girl. Because people like us sit in this world not knowing how to love, or who to love, because a waste less man like him did not love . My family mark the spot X,Y,Z. Their soul connection of what's being said already done. Arguing, fighting, screaming for the hate to stop but won't, so don't be like that average person that show out just to make others please, the waste of joy just have to seize. I don't understand its all in your hands. I thought love was everlasting but all it is dead. A gravesite ready for people to go visit. You see I want my love to be special, to come around when its suppose to, and me to wait just patiently. I want my love to have more than just a meaning. For that person to hold me close, rather than shut me out. Have my back rather than stab me in it. When people look at me, all they see is just the essence of my beauty. My hair, my eyes, my small pink lips. Tips. No thanks I will take a pass. I want a relationship that will actually last. Forever Impossible, infinity, maybe. Save me from this word called love. The crowd of bombs that blow in the path  of battle starting world war 3. but the question is when. Mend my broken heart, where the pieces are lying on the floor where they were left. Theft, steal it make means meet. I live in a world, where when we find love we abuse every second of a fairytale, yet but life is no fairytale, and there is no wishing well, but you can indeed wish me well that When I do find love, it will find me back and love me just as much as I love it. I refuse to be your average person that follows one self. My sexiness, my  beauty is not your pleasure to do wrong, but to simply treat right. But on the other end of it, I hear a crunch of divorce as the ink in the pen is stuck there with no hesitation. Yea so long for death do us apart, yes were apart but not because of death but because were just to insecure to let our prides go and live on with our lives. The holes in my body as there are pieces missing. I don’t feel connected just an empty hand to be touched. But still no one is there to guide me, show me how to love. Love it has a meaning just more definitions than its really suppose to. Not knowing which one to choose, which one is right. Love, letters spell L. O.V.E, all wrapped into one having no meaning. More like a knife with no evidence. But is it still sad to say I don't want to end up like my momma or daddy. Gladly, Sadly, whatever, sure. I just want a  relationship that  is natural and pure.