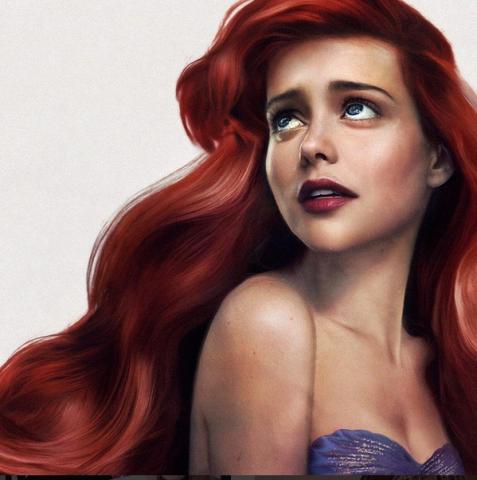 Once Upon A Time there was a little mermaid.

You've heard the story before, but not quite like this.

She gave up her voice so she could be

A Part of His World and out of the sea.

She, a Poor Unfortuante Soul indeed.

Wanting to be human she neglected her past

all for a world she did not know.

and Happily Ever After at last, or so she thought?

Sometimes she'd look out to sea

thinking of the World she left behind.

The little mermaid who was no longer a mermaid.

She had the man of her dreams,

but had it been worth it

to have life as she knew it ripped at the seams?

So every night she wondered what life would be like

if she still had her tail

in the glow of the night.