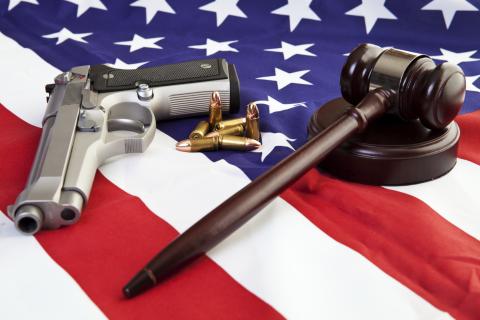 By the time you heard it was too late

A man is dead the bullets didn’t wait

His eyes are closed, his feet are cold, and his life is no longer connected to his soul

He’s free from his struggle

How did he die?

A man in a store looking only to buy a tie

To a poor boy who robbed a store

How effortlessly does history repeat?

I had a dream, but it wasn’t this

For once in my dream

Somebody shot a gun

A choir of school bells

The fragrance of youth fill the halls

An unfamiliar sound strikes their eardrums

A gun stained with a message

And a person who intends to send it

And lives are taken in an instance

An act of irony

What does this mean?

Either we hand these guns to attentive hands

Or they’ll shoot as they please

Loads it right and shoots us wrong

The land of the free, with so many hostile arms

From a shop, you can get it

With only an id, no background needed for admission

I  knew he had plans but I didn’t know people lives were included in it!

We have to Control Ourselves

If only we saw the signs, ahead of time, yet we did

Different states, with the same amount of rounds

No child should have to worry about is there a gun behind that smile.

This country is ours

We say no Guns

Poetry Slam:
Slam on Gun Control
This poem is about:
My community
My country
Our world
Poetry Terms Demonstrated:
Repetition