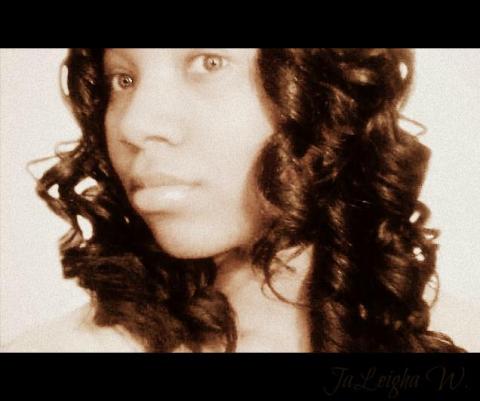 We are not born with the inclination to hate
But throughout the years, we still develop those traits
Not because we’re callous but because we’re taught to be that way
I’m in the field; she in the house; but we still both slaves
And she, just like I, has bought into the lie
That being Black means you’re inferior
Cause being great means you’re White

Still, I take it all in Stride
As pieces of me are chewed up from the inside
I sigh as she spits judgment out at me like pieces of old gum
And I begrudgingly hold my tongue until I go numb
Because I can only be silent for so long
You see, those hate slurs made me weak but them cotton fields made me strong

But she… she looks down on me. Because her more European features have bumped her up to house slave
As the eternal summer suns blaze, on my African Queen skin, I catch a glimpse… of the house master say I can’t step my ashy black feet in
And I can do nothing but just watch… as she hangs her head low
‘Cause I finally realize… that neither one of us really love ourselves

She hangs her head because her skin is too pale
But not pale enough to escape the expectation of having to cook some White man’s dinner, birth some White man’s baby, or be called some White man’s nigger
But see me… I rock a different shame
Each day, I nurse the open wounds from all the closed minded generations that came before me
I limp from the chopped off feet of every forefather trying to make a better way for his children

And we are all… God’s children
We have one race, many faces, many mothers, but one Father
Many scars, many lashes, many bruises, but one blood
Red blood… that same red blood that leaks from her face when master beat her just like he beat me
Still, somehow, she looks down on me because she can’t look past my African Queen skin to see beauty
And once my mental silence breaks, I want to tell her… that her Mulatto skin makes her half beast
But since White people are so dominant, that means she didn’t inherit that trait from people who look like me

See you… externalize hatred but you internalize racism
Which puts you in the exact same boat as me
Matter of fact, the exact same slave ship… ‘cause neither one of us free
But enough about you
This is about me
I am an alien in this land that they call free
You see… this is not my home
Because back where I come from, I was a Queen
But they’ve abused me, reused me, recycled, and reduced me
Down to nothing more than a peasant
And though my beauty is ever present, 400 years later, it still gets misread
Because this nation loves golden locks; but it hates my dreads

And my husband… His name used to be Kunta
But they told him his name was Toby for so long that he believed them
He says “Yes master” before they even ask a question
He has open fields but he won’t even run away
Because his closed mind, doesn’t realize… he’s a slave
“Yellow boned” and “red boned” has replaced “House slave” and “field slave”
And “you’re cute for a dark skinned girl” is such a commonly uttered phrase

But what does that even mean?
There’s so many divisions of Black people that we can no longer hear the screams
Of the men, women, and children who bled to build a country for men, women, and children who don’t even look like us.
Who silenced us.
Who told us that we aren’t good enough
They took us from our country
Made us build theirs
And then told us to go back where we came from
But most of us, no longer even know where we came from
‘Cause in this new world of new growth
We’re trying to dye our roots
Not because we’re ashamed but because we no longer know the origin or truth

Calling each other “nigger” like that’s synonymous with “friend”
But my friend… we are not born with the inclination to hate
So throughout the years, if we still develop those traits
It’s not because we’re callous but because we’re taught to be that way
And you; just like I, have bought into the lie
That being racist is a nature left only to the Whites
But my African Queens… and my Light Skinned beauties…
Before you look for racism, within the eyes of anyone else
Take a step back, and re-examine yourself

This is pure genius, great job!