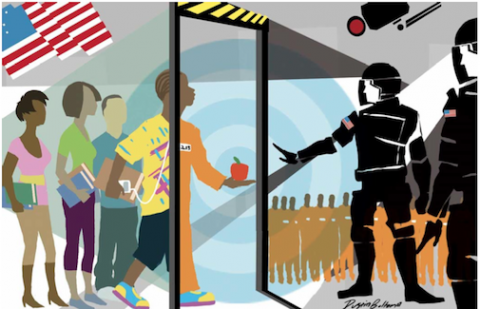 Judge not his braids

Judge not his dark skin

Judge not his dress, his distress, his whims

You have not lied within his confines

The very thing he can't hide behind

Escaping is not an option he can pay to mind

Judge not his habits, his prefences, his goals

Judge not his scars

Judge not his woes

He's lived a thousand lives before he turned five

No child should watch his mother beaten nor hear her cries

No child should live surrounded by smoke

No child should be treated as a lost cause, a joke

No child should be given up on, a literal black sheep

Taken sheers to his innocence, now reverence he keeps

I see him, worry for him, see his triumphs and mistakes

And I judge not, for I do not know what it takes

To live in his shoes, his skin, his mind

I see what he chose to have, and what he kept behind

I love him for who he is, a brother, an artist, a brilliant mind

I have the shield of my skin, and he fights with the skin of his teeth

Fighting a problem one can not end up solving

Alone, and I desparately want to be his shield

A sister distressed, wanting to help her brother heal

A photo on the news I do not want to see

Judge not the body on the pavement, for lies behind it is he

A future painted with negativity

A constant fear for a brother, a sister, a family

Judge they will with every bit of negativity

Judge they will for things he cannot control

Judge will grant no trial, cop will serve no parole

Blood will spill, but there will be no justice

Judge not me for not wanting this

Judge not me for wanting a brother to keep

Judge not him for the blood that he may seep