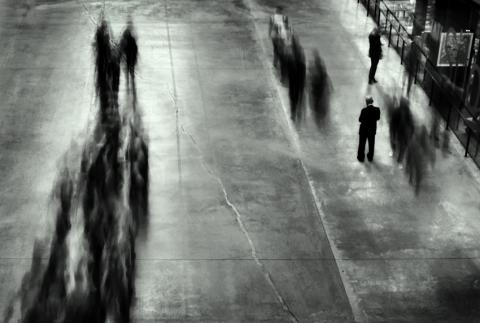 A Mormon, Baptist, and Agnostic talk

is foolish. Yet it is still just a joke.

That Mormon is a girl, just a woman.

That girl wants to be an engineer.

The world says she can’t do it, not at all.

That Baptist is a boy, simply a man.

That boy wants to be a business man.

The world says that will do, he can succeed.

He’s a Southern Baptist, the world is his.

Yet, he wants to break the culture wall.

The world says that won’t do at all, not here.

That Agnostic is a guy, so average.

He doesn’t see a reason, but he can

not help but wonder on the presence of

a God. He has dreams, hopes, the whole story.

He wants to be something more than matter,

just a collection of cells. He doesn’t

know what he knows, or what he wants to be.

An engineer, business man, and dreamer

joke anymore. Yet we categorize

ideals into little boxes, only

to mislabel those boxes; no little

connections between them to help us out.

We don’t give stories a chance to unfold

before we decide the ending. A girl,

and two guys talk about God. That’s no joke.