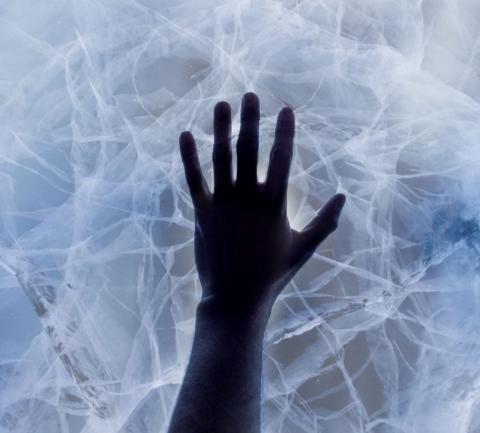 Marion had driven past the lake

More times than she could hope to count.

She lived on its banks with her husband

And their five children, who loved the lake.

They would swim in its waters each day.

They had wanted to swim that day,

But she couldn’t let them; it was too cold,

Even though they insisted it wasn’t.

Such was the folly of children—

They had no idea how cold it could be.

Not even the ducks were out

As she drove past it later that day.

The kids were with her; school was over;

They chattered as the sun reflected

Off the lake’s unforgiving surface.

She tapped the breaks, but they did not slow.

Panicked, she slammed the breaks repeatedly

As the intersection grew nearer.

She had to choose—the car veered off the road.

There is no water, only cold.

Only when she opened the door

Did the water come crashing in.

She struggled—at last she broke the surface.

Marion stood atop the car,

Not even when the help arrives at last.

They lift out her shivering blue children.

The hospital walls are blinding white,

So different from the darkness

That had swallowed tiny Zenavia.

Never again would she swim in the lake.

She had been only five years old.