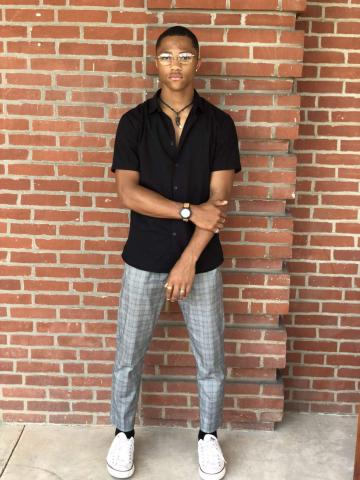 I was called a nigger for the first time. My black friends and I.

Oh and if you're a WASP and you're reading this just put the paper down and go ride a pony or drink some Earl Gray tea or something.

That word had a really weird affect on me I’ll tell you. Y’know like in the movies and an actor gets shot and then dies later because he didn't feel the bullet and all of a sudden he’s got a puddle of blood on his shirt that none of the characters noticed.

It’s sort of like that, except I didn't die and I was already recovering from that bullet before the gun and bullets were made. My parents were treating me from that bullet wound before gunpowder was invented.

So when I was hit with it I thought it would register in the form of a regular insult. Or so I thought. See what my parents didn't prepare me for was being spit on.

The white guys didn’t do that. I would be in jail if they did, don't doubt that. I've seen every episode of Naruto and watch ninja movies all the time.

The spit was on all of my family. The spit on the most fruitful leaves of the family tree.

And oh, the amount of rage I felt was unimaginable. It was scary. This one word that tormented my ancestors, that’s tormenting me, allowed me to feel such hate for this race.

And it wasn’t the nigga we all know and love, it was the hard er that made the difference.

Cause we all know rap music lightened the blow and turned it into something we could substitute for the white man's “dude” or “person”.

But walking along that road with my brothers and having that filthy word spat at us and everyone I knew that identified as black or had a slice of African American blood in them. The word carried no positive connotations.

Those racists were in a car, but I kinda wanted them to get out.

I’m too small to fight 3 grown white males, but I just wanted to deliver a hard right to their jaw.

One for everyone who ever was spit on

One for everyone with a lil melanin in them

The strength of the right hook powered by anyone and everyone by the disrespected by the ER.

Poetry Slam:
Glow-Up, Grow Up Scholarship Slam — CLOSED
This poem is about:
Me
My family
My country

I feel that this piece not only affects people that have been called the n-word, but people who have had feelings of hate due to racism. This was just my experience with it and while it doesn't bother or affect me now, I felt obligated to share this piece. In the black community, the word is pronounced with a  “a” replacing the ER and it has no malice or disrespect behind it. It is synonymous with the word “dude” and became popular through music videos. If you use and understand the word in this form it is not offensive when it is used to address you or someone that you know. Although it is still considered a curse.