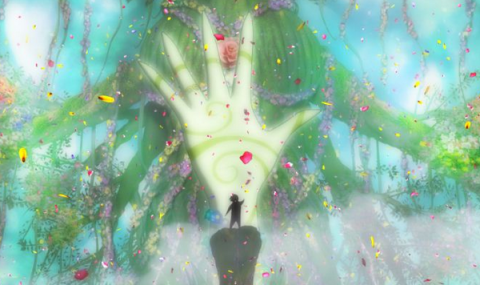 To me, they were all sea-glass and Midsummer morning

Seraphic choir song that would whisper words of sweet serenity

And I would spend hours upon evening in their arms

Thinking up thoughts of purple dawn and humanity

Giving back a bit of immortality to the over-reaped fields

They became covered in concrete and stone

But the angel and I still would dance there

Our steps leaving flowers behind, and water

Stuck between sea and sky, the spaces between them and I

Became smaller in the dark, as they were constant light

Radiating warmth like a star, but cool to touch

Though I never could, nor thought I should

For half the happiness of I was the holiness of them

Untouched by tainted things or thoughts, and left lily white

Which was unlike I, who clad myself in shadows and Night

In our duality we would weave a duet

So glorious that the Heavens would weep for us

Their green tears melting away the street lights and structure

Shaking the forests of my agitated heart

And giving life to a single seed, shared between the two of us

That would lap at the well water: Tears

Of all who heard the voice of the forest

And wept for the noise

Clamoring about incessantly, yet quietly

More a hum than a howl

Which was just right for us

Because the angel was all things gentle, chaste

And all things I was not, though might somehow become

The thought of which both thrilled and terrified me

Those things which surely belong only to celestial hearts

Still, this one learned otherwise and was granted unclouded eyes

To see herself and her seraphim without predilection

And, just as the Earth was being reborn and reshaped in the forest's light

And it looked to me like sea-glass, and Midsummer morning