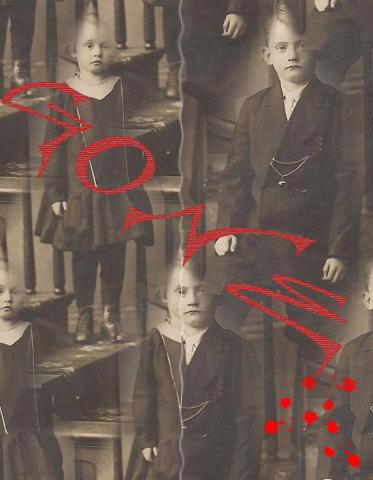 Its the quiet ones who have the most to say.

Its the hidden pain that never truly goes away.

Its the quiet girl who sings her song,

But no one hears her til shes gone.

The deepest pain is the easiest to find,

However its the sorrow that creates your absent mind.

So much pain...So much fear.

Absolutely nothing wanted near.

She goes along hiding the bruises inside and out.

After all, no one would know what she's talking about.

Instead she sings her song...

But no one hears her until shes gone.

One look into the eyes,

Brings out the truth and shatters the lies.

Just one look into the soul...

Allows all of the lyrics to unfold.

But she sits there sad...Alone.

Wishing to rid herself of the pain...

She just wants to go home.

Instead of moping, she sings her song,

Counting down the days till someone listens...

If only she had someone that was sincere.

Someone that would listen; not just hear.

If only she had someone to catch her when she fell,

She wouldn't be burning in hell.
The day has come to end the pain...

She knew this day would come,

But never thought it would feel so nice.

So as she sang her song, she slit her wrist,

Popped some pills, looked in the mirror, and blew herself a kiss.

As the cuts got deeper, they matched the wounds of her heart.

The floor, crimson red, was the missing part.

The comforting cuts soothed her as she wept.

Knowing it would all be over soon, her calmness she kept.

With that she continued to sing her song,

Were much too damaged by betrayal and lies.

As she laid there in the pool of red,

She looked so happy...Finally dead.

At last people noticed what all had gone wrong.

And her song forever lingered on.