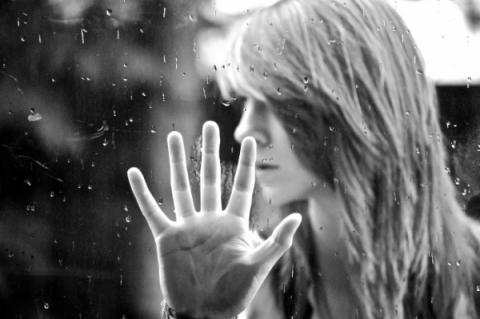 There are many kinds of rebellion.

Rebellion to make a statement,

rebellion to make a change,

rebellion to simply not conform.

Well, I don't have a statement to make,

or a change yet to pursue,

but I refuse to comply

so easily accepted by all.

There are words that hurt more than others.

Some are said to touch the soul,

some to cruelly pierce the poor and wounded.

And mine, to sting the lies

that no one else thinks twice about.

There is a girl who is not particularly

smaller or bigger than who she lets show.

The mirror doesn't display some stranger

when she looks inside.

The fact is, she tries to be honest about herself

to everyone around her.

Honest, so that as she grows,

the world outside does too.

The only thing keeping her from showing more

is the thin glass wall, where people can see through,

but are kept from hearing what she has to say.

Because there are truths that must be spoken,

change that you cannot see, but only hear.

There is a girl who is true to herself.

She has no curtains to cower behind,

no stage to act on, or doors to lock.

Though perhaps she has nothing better to say

than any comedian, reporter, or brilliant speaker,

the glass alone, unbreakable from the inside out,

keeps her truth she wants to tell

from really being known.