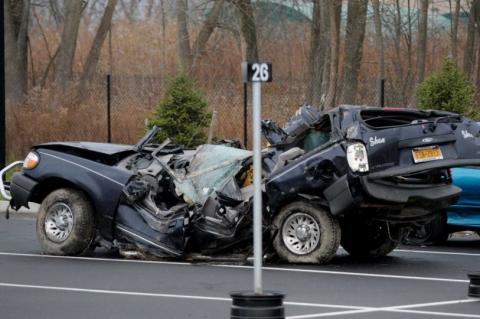 There was the football player paired with the diver,

Known for his party background,

Equipped with a driving record.

Where the road switched from 55mph to 65mph,

The minivan appeared stronger than the sudan.

The sudan however had three things the minivan lacked:

A storm was bound to happen.

The cold front crept behind the warm front

Carrying it away in its tornado.

The warm front lost its footing

Rotating eight times before haulting to a stop.

The group of four was divided in two.

The basketball player and the diver remained idle.

Were not in Kansas anymore.

They drifted to a place where one can only go once.

Left lacking the strength to stand.

Adding points to his license.

One school of 3,500 children, mourning the loss of their anchors.

A sorrow filled holiday season because of one.

You never know when the storm is due to hit.